SEOUL, June 5 (Yonhap) -- Samsung Group on Friday rebutted allegations that its heir was involved in a controversial merger of two group units a few years ago, saying he played no role in any decision-making process.

"Allegations that Lee took part in a stock price manipulation scheme are groundless," the group said in a release. 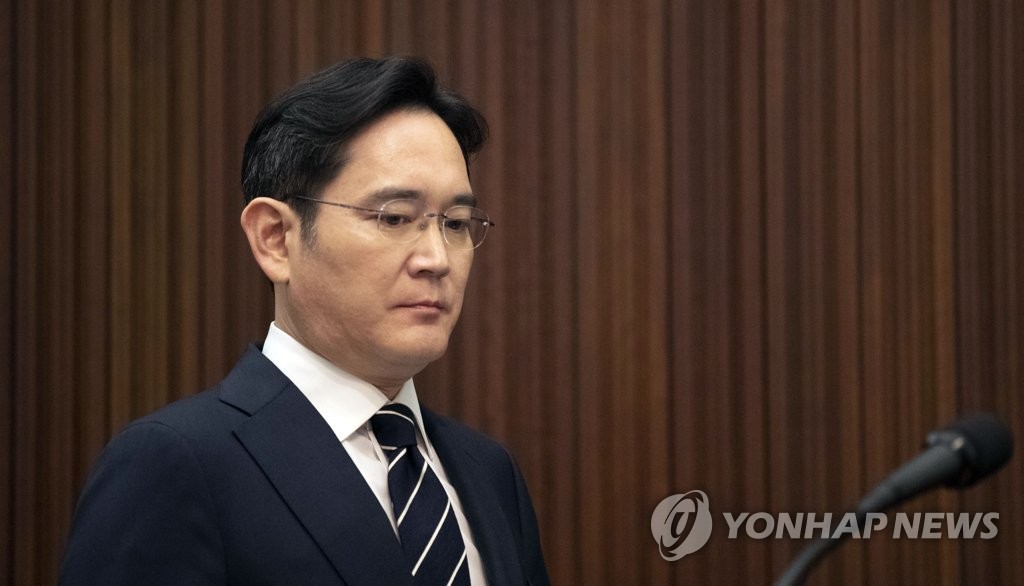 Samsung's statement comes one day after local prosecutors sought an arrest warrant for Lee over the 2015 merger, which was seen as a move aimed at smoothing out his succession.

Lee Jae-yong was then the largest shareholder in Cheil Industries, an affiliate that produces textiles, chemicals and electronic chemical materials, with a stake of 23.2 percent, which means a fall in the valuation of Samsung C&T would pave the way for a merger ratio advantageous to the Samsung heir.

Samsung said there were no wrongdoings in Cheil Industries' treasury shares trading to defend its valuation during that time as it complies with regulations. It also denied suspicions that Samsung C&T deliberately made a late announcement of an overseas construction deal to slow down its stock value increase.

A Seoul court will hold a hearing on Monday to decide whether to issue the arrest warrant. A decision is expected to come out late at night or early Tuesday.

If the warrant is approved, it will be the first time since 2017 that Lee will be arrested on criminal charges.