DAEGU, June 5 (Yonhap) -- Two South Korean men convicted over their alleged involvement in the 1983 explosion at the American Cultural Center in Daegu were acquitted posthumously on Friday after a retrial.

The two men, Lee Kyung-woon and Lee Bok-young, found not guilty by the Daegu District Court.

Families of the two, who both previously received probation sentences, requested retrials in 2018. Lee Kyung-woon and Lee Bok-young died in 1990 and 2011, respectively.

"The statements provided by the two cannot be recognized as evidence as the defendants were detained illegally without arrest warrants," the court ruled.

The court acquitted five previously convicted people allegedly involved in the case after retrials in October of last year.

On September 22, 1983, an explosive was detonated at the front gate of the American Cultural Center in Daegu, some 300 kilometers southeast of Seoul, killing one person and wounding four others.

Authorities concluded that the explosives were set off by university students to protest the alleged U.S. role in a massacre in the southwestern city of Gwangju in May 1980, when hundreds of pro-democracy protesters were killed by the military regime of then President Chun Doo-hwan. 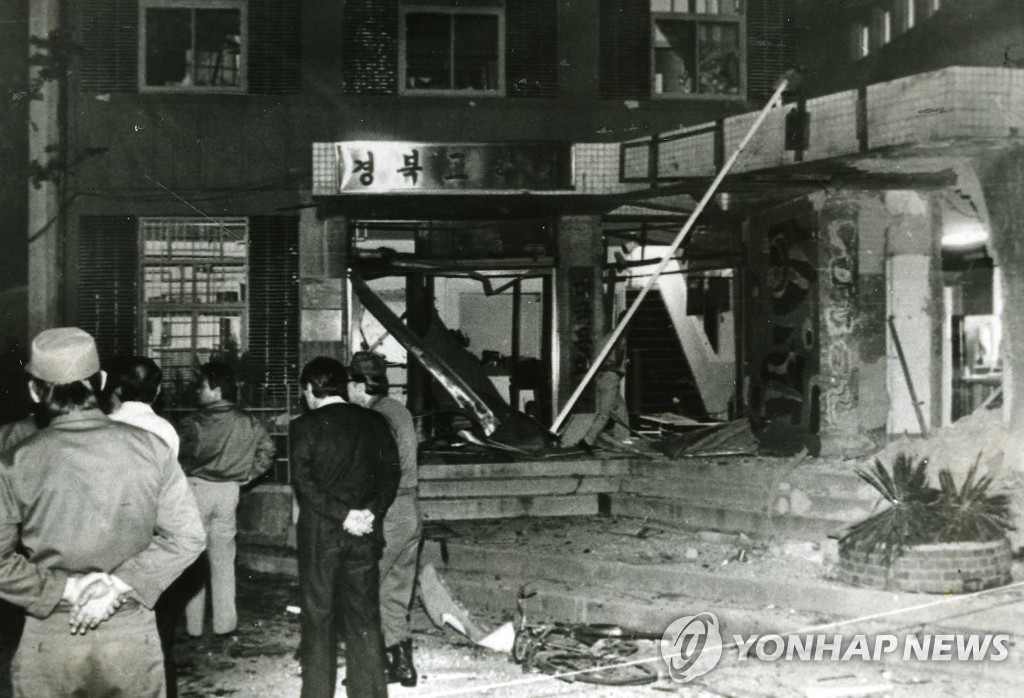