SEOUL, June 5 (Yonhap) -- Creditors of HDC Hyundai Development Co.'s planned takeover of Asiana Airlines Inc. issued an ultimatum to the company to notify them of its intent to follow through on the original deal, financial sources said Friday.

The sources said that a formal proof of intent letter was recently sent to HDC. The letter asked HDC to reply by June 27, for the process to move forward and to determine if leeway can be given on delaying the purchase, amid the novel coronavirus outbreak that has devastated the global airline industry.

The original pact, signed on Dec. 27 between creditors, such as Korea Development Bank (KDB) and the Export-Import Bank of Korea (Eximbank), and the consortium set up by HDC and Mirae Asset Daewoo, calls for the transaction to be completed in six months time. HDC and its partner pledged to buy 30.77-percent stakes in Asiana for 2.5 trillion won (US$2.06 billion).

The agreement, however, has a clause that allows for more time due to holdups in the authorization process by foreign governments. Of the six governments that have been contacted to approve the tieup, five, including the U.S. and China, have given assent, with Russia expected to follow suit shortly.

Related to the latest action taken by creditors, financial market watchers said it may be a move to lay groundwork for a legal case down the line if things do not go according to plan.

They added that HDC has received the letter, but has not responded.

"The lack of response does not mean that the agreement has fallen through, especially since the June 27 date can be extended," a source, who declined to be identified, said.

HDC and Mirae Asset, meanwhile, are at an impasse as the unexpected COVID-19 pandemic has changed the landscape of the airline sector with most companies struggling to stay afloat as air passenger traffic has nosedived across the board. 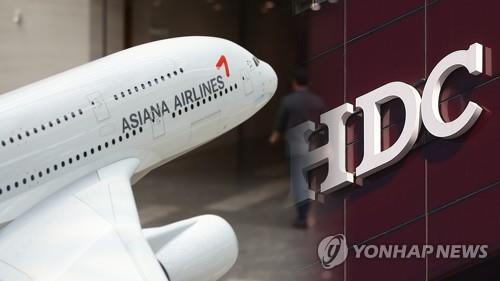