"We will abolish the inter-Korean liaison office sitting idly in the Kaesong industrial complex immediately," a spokesperson for the North's United Front Department (UFD) said in a statement condemning the South's anti-Pyongyang leaflet campaigns.

UFD is a key organ in the North's ruling Workers' Party of Korea in charge of inter-Korean affairs and espionage operations.

"Upon review of the current situation, it is our decision to go as far as possible in the vicious circle of confrontation," the spokesperson said.

The statement also said that the North was "preparing what the South may consider as very exhausting and we plan to make them suffer."

"We plan to come up with measures that we have mentioned earlier," the spokesperson said.

On Thursday, Kim Yo-jong, issued a strongly worded statement condemning the leaflet campaign, saying good faith and reconciliation can never go together with such hostile activities. 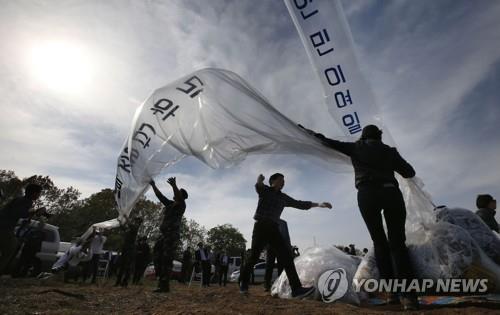