DAEJEON, June 6 (Yonhap) -- South Korea's annual Memorial Day service was a low-key event Saturday as a precautionary measure against the new coronavirus that has infected more than 11,000 people here.

Veterans, patriots and family members of those who took part in the Korean War and the country's independence and democracy movements, as well as public servants who died while serving antivirus duties, attended the 65th Memorial Day ceremony.

Seven family members and survivors of the 2010 sinking of the Cheonan warship and the artillery shelling of Yeonpyeong Island, a front-line island in the Yellow Sea, also attended the event. 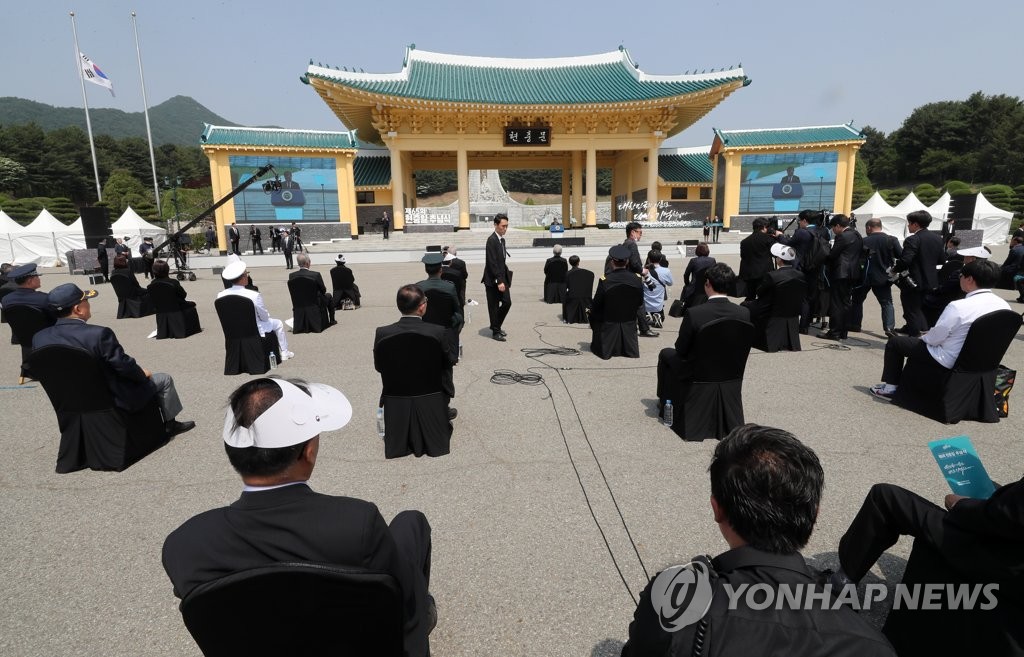 The ceremony, which was initially planned to be held at the National Cemetery in Seoul, was relocated to Daejeon, 160 kilometers south of the capital, amid a continued rise in virus cases in the metropolitan area.

Officials said they tightened quarantine guidelines and reduced the number of invited guests from last year's 10,000 to around 300 to reduce the risk of infection.

Some 50,000 people were expected to visit the national ceremony to pay tribute to patriots and veterans Saturday. 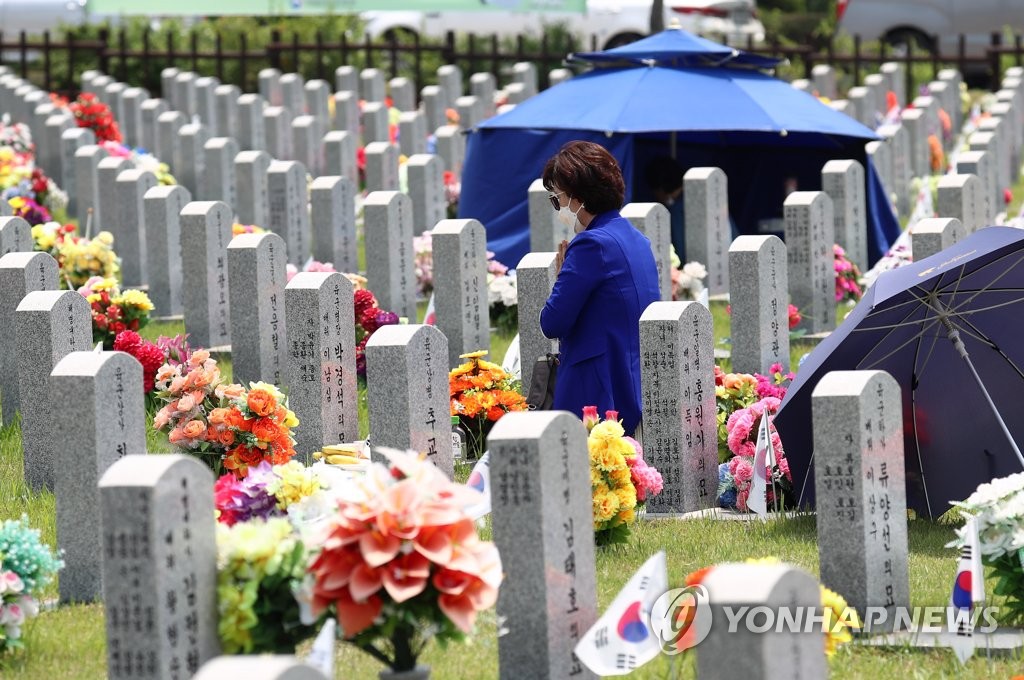