SEOUL, June 6 (Yonhap) -- A group of activists held a rally in central Seoul on Saturday to voice their support for the anti-racism movement in the United States that flared up after the death of George Floyd.

Some 100 people participated in the rally, which was held in Myeongdong, central Seoul. Clad in black, they later marched toward Cheonggye Stream, with some holding pickets reading "Black Lives Matter."

The rally was organized to support the BLM movement that has been spreading across the U.S. and around the world following the death of Floyd, a black American, at the hands of a white police officer.

"Racial discrimination in the U.S. is not something that can be found just outside our country," said Shim Ji-hoon, 34, who organized the event.

"It is a matter that we should form an alliance against in that we are living in a country where multiple ethnics live together," he added.

The rally was the latest in a series of gestures by South Koreans to support and commemorate the movement. K-pop musicians have also voiced support, condemning racism and paying homage to African-American culture as an important source of inspiration for modern-day K-pop. 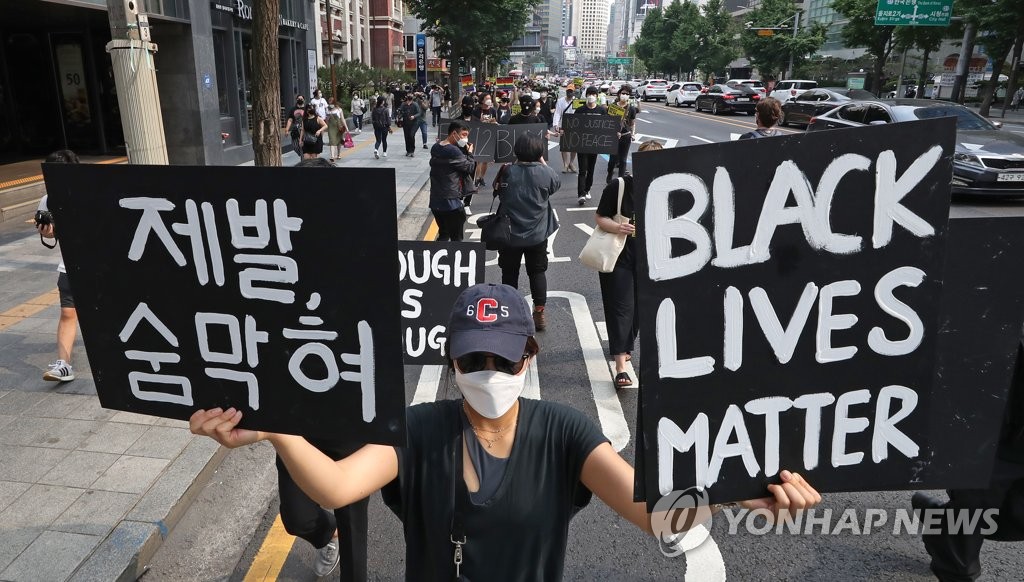