SEOUL, June 7 (Yonhap) -- Asiana Airlines Inc. said Sunday it has transported over 200 South Korean students to Vietnam as the Southeast Asian country issued a one-off permit for the transportation.

All the students have been placed under self-quarantine for two weeks under the guidance of the local health authorities, it said. 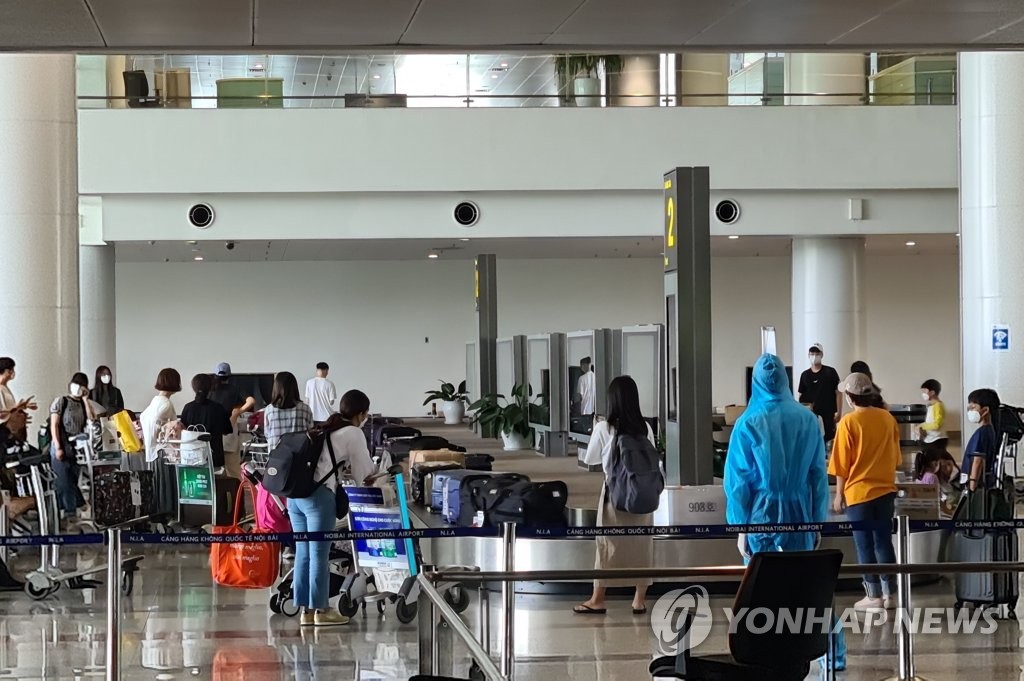 "The transportation of Korean students is a one-off event, but we hope it will help normalize flights between the two countries as soon as possible," a company spokesman said.

It is the first time that Vietnam has allowed foreigners to enter the country through the main Noi Bai airport, Asiana said.

On March 22, Vietnam banned all foreigners from entering its territory and all multinational airlines from flying through the Hanoi airport to prevent the spread of the COVID-19 pandemic, the statement said.

To enter the Southeast Asian country, foreign carriers have to use the Van Don International Airport, about 140 kilometers away from the Noi Bai airport, it said.
On Feb. 29, Asiana's OZ729 flight turned back while en route to Vietnam after the Vietnamese authorities prevented it from landing in Hanoi amid growing virus fears.

Asiana decided to return the flight to Incheon International Airport when the Vietnamese authorities requested the plane land at the Van Don airport.