SEOUL, June 7 (Yonhap) -- The South Korean government said Sunday it remains committed toward upholding the agreements between the leaders of the two Koreas amid threats from the North to shut down an inter-Korean liaison office in protest of anti-Pyongyang leaflets sent from the South.

"Our basic position is to comply with the agreements made by the leaders of the South and North, such as the Panmunjom Declaration," the South's unification ministry said in a statement, referring to the agreement between South Korean President Moon Jae-in and his Northern counterpart, Kim Jong-un, from a summit at the DMZ truce village of Panmunjom on April 2018.

It was the first official response from Seoul after the North's United Front Department (UFD), which handles inter-Korean affairs, on Friday vowed to abolish an inter-Korean liaison office in the North's border town of Kaesong, in the first of a series of measures in anger over anti-North Korean leaflets sent from across the border.

The unification ministry did not mention UFD or its threat of closing down the liaison office in its statement.

The UFD on Friday stated that Kim Yo-jong, the sister of North Korean leader Kim Jong-un, ordered officials to look into implementing a series of measures she threatened to take earlier unless Seoul stops North Korean defectors from sending such leaflets.

Closing the liaison office was one of the measures that Kim Yo-jong, a first vice department director of the Central Committee of the Workers' Party, threatened to take, along with scrapping an inter-Korean military tension reduction agreement and completely dismantling a now-shuttered joint industrial park.

The hard-line statement came despite South Korea's promise to take legislative measures to ban the sending of propaganda leaflets and appears to be aimed at increasing pressure on Seoul to make sure to follow through with its pledge.

North Korean defectors and anti-Pyongyang activists have occasionally sent a large number of leaflets via giant balloons sharply criticizing the communist regime and its leader. These are often sent with US$1 bills and USB memory sticks to get more North Koreans to pick up the leaflets. 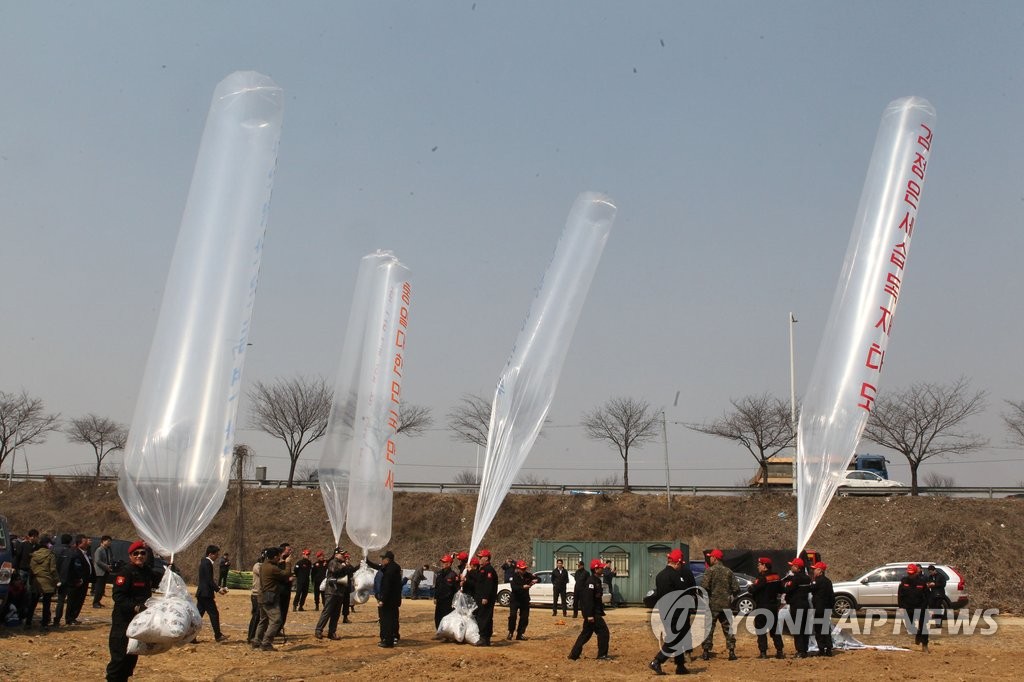