SEOUL, June 7 (Yonhap) -- K-pop superstars BTS and their label-management agency Big Hit Entertainment have donated US$1 million to the cause of the Black Lives Matter (BLM) movement in the United States, according to a company representative Sunday.

"It is true that a donation of $1 million was made in the name of BTS and Big Hit towards the Black Lives Matter cause," a representative at Big Hit told Yonhap News Agency.

BTS on Thursday expressed support for the Black Lives Matter, joining the globally spreading initiative to protest against racism and violence.

"We stand against racial discrimination. We condemn violence. You, I and we all have the right to be respected. We will stand together," the boy band wrote on its official Twitter account, with the hashtag #BlackLivesMatter.

BTS' message came as the BLM movement has been spreading across the U.S. and the world, following the death of African American George Floyd from a police officer last month.

The event was rescheduled from Sunday because of the memorial event for Floyd on the same day. 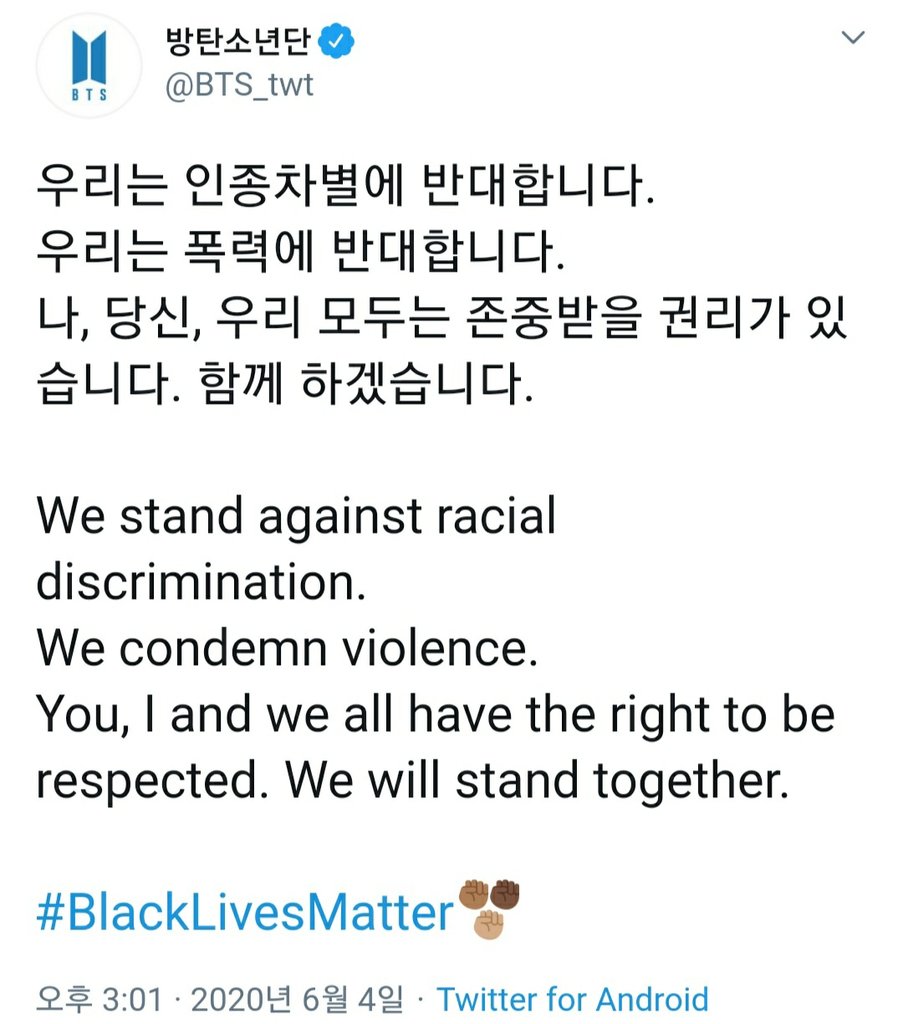