Lotte World Adventure, an amusement park in Songpa Ward, southern Seoul, suspended its operation around 1 p.m. for the safety of visitors and workers.

According to health officials, a virus-infected high school student was at the urban theme park between 12 p.m. and 9 p.m. Friday. Health authorities confirmed the student had contracted COVID-19 on Sunday morning. 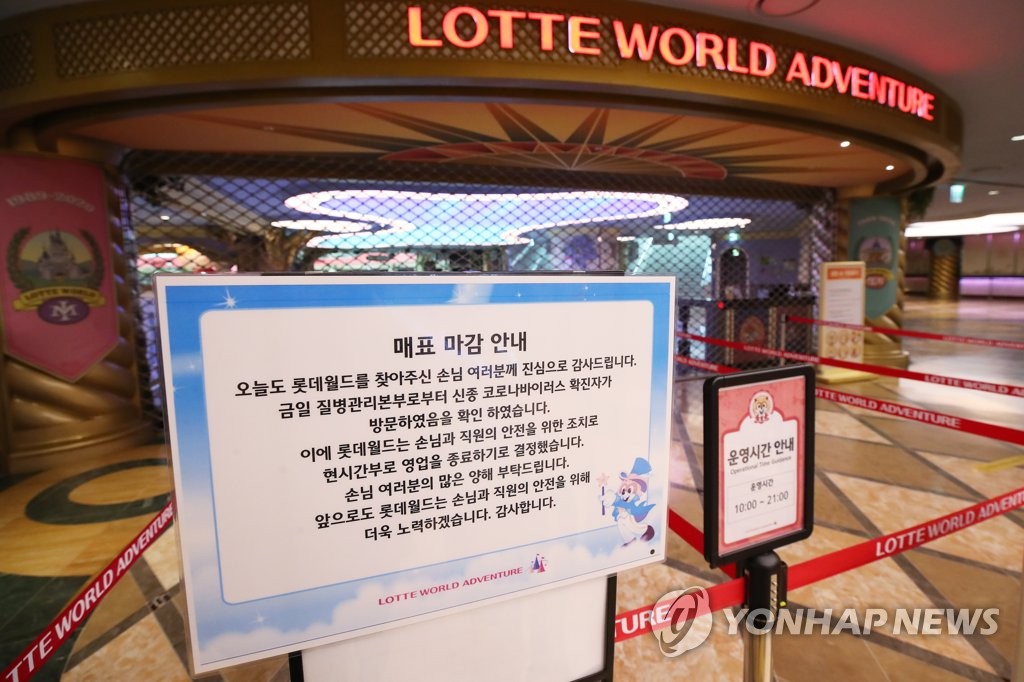 Lotte World Adventure said around 2,000 people had visited the theme park Friday, but about 690 people were at the facility when the virus patient was there.

The theme park's officials said there were about 4,700 visitors on Saturday and 1,100 guests on Sunday before its early closure was announced.

Officials said visitors were admitted to the theme park with their masks on and they were also required to wear masks when boarding rides, with distance kept between seats. Hand bars were sanitized by the staff after each use.

The theme park's officials said so far no workers have reported symptoms of COVID-19.