SEOUL, June 8 (Yonhap) -- Having started in the United States after the death of 46-year-old African American George Floyd caused by the Minneapolis police on May 25, the Black Lives Matter (BLM) movement has clearly evolved into an international phenomenon, with protests having taken place in at least 40 countries -- from Britain and France to South Korea this past weekend -- in solidarity with American protestors and victims of endemic racism.

In South Korea, it is without question that K-pop artists, commanding legions upon legions of fans at home and abroad, have had a big influence in raising awareness and supporting the BLM cause.

Last week, K-pop giant BTS publicly supported the cause and donated, together with its label-management agency Big Hit Entertainment, US$1 million to a BLM-affiliated organization. Other artists, Crush, Jay Park and Tiger JK, among others, also publicly backed the movement while denouncing racism and police brutality.

And while not a household name, nor a K-pop star for that matter, one individual in South Korea may deserve an equal amount, if not more, praise for raising awareness of racism, not just during the recent global BLM developments but since long before. 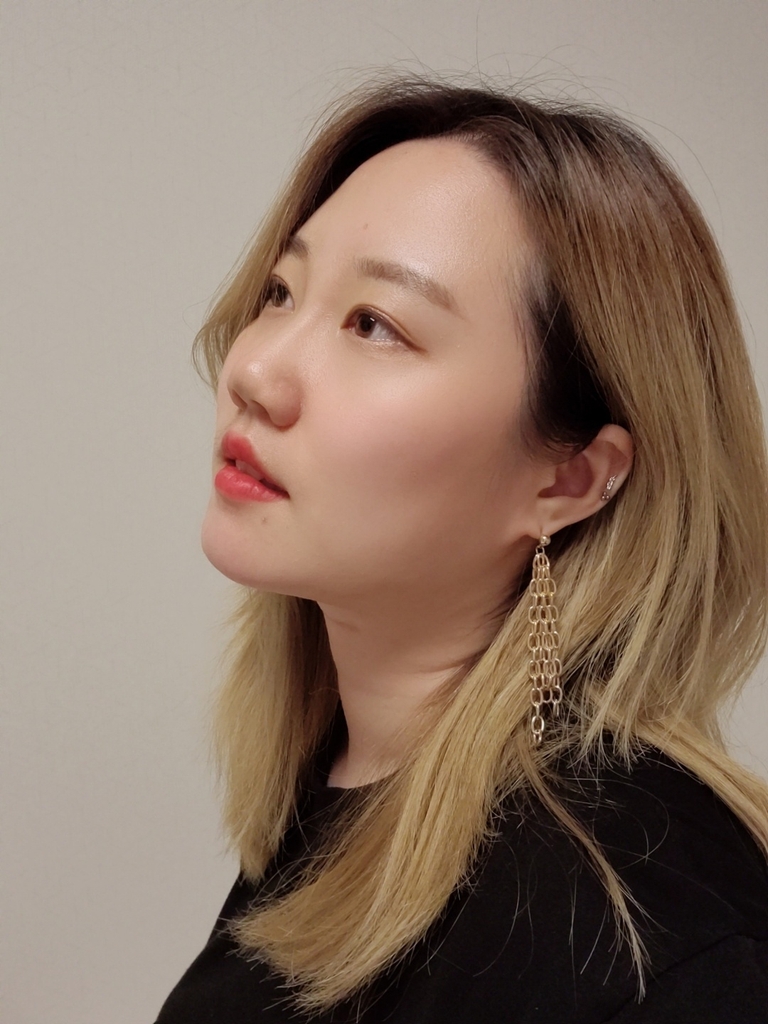 Yerong, a 28-year-old cartoonist whose real name is Ko Ye-sung, has become social media sensation after sharing a series of short comic strips since May 31, on the tragic death of Floyd and the following unrest in the U.S.

Yerong describes her style as "doodle comics." The strips, bare-bones minimalist in style yet substantive in exposition, have gone viral not just in South Korea but throughout the world, with overseas fans having voluntarily translated Yerong's works into eight languages, including Chinese, English, Spanish, French, Italian and Vietnamese.

"I was so enraged after hearing the news that a black person was killed by excessive force of the police. At the same time I thought to myself, 'Again?,'" reflected Yerong in an interview with Yonhap News Agency on Friday on how she first began her BLM comic strips.

Yerong's initial goal was to better inform South Koreans of the developments in the U.S. by quickly drawing up a comic strip with basic bullet points. The first strip, consisting of six panels explaining how Floyd was murdered by the police, took her about an hour to plan and draw.

The comic strip instantly went viral, having been retweeted over 33,000 times, hitting some 25,000 likes on Twitter and receiving over 38,000 likes on Instagram. It was also uploaded on several online communities and was eventually shared by many people, even K-pop celebrities. 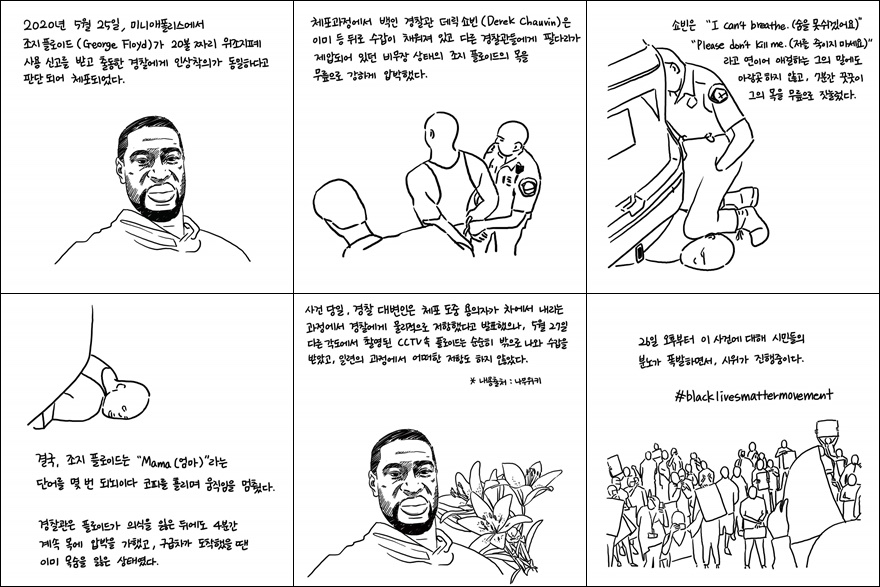 Yerong explained, " Nobody ever told me to do it, but I think I felt a sense of responsibility since I have raised the issue of rights of blacks in my past works. I thought that I should not do nothing."

After her works went viral internationally, Yerong said she has received thousands of messages from those touched by her work, including African Americans in the United States.

Since then, Yerong has uploaded several follow-up strips, including a comic strip to educate Koreans on how the "All Lives Matter" slogan, seemingly positive at face value, is actually used politically against the Black Lives Matter cause.

"Most are messages of support and thanks. I'm receiving hundreds of new messages in any given hour, so I can't check each individual one," explained Yerong when asked of the response specifically from the U.S.

"Some have told me that they want to make donations to me. I've expressed deep gratitude but have told them to donate to the BLM cause."

For Yerong, combating racism through art is more than a passing fad. It was personal for her.

Combating racism and fighting for human rights have been running themes in Yerong's past work. The budding comic artist published her first book, titled "A Black Person Sitting Next to Me on the Subway," a collection of comics inspired from her personal experience of having dated a black person, in October 2019.

"My boyfriend until last year was a black person from Ghana. Through our relationship, I naturally became aware of the racist treatment that blacks received. It was no longer a non-issue for me, having received uncomfortable gazes and having gone through uncomfortable experiences myself."

Outside of her recent social media activism on BLM, Yerong is currently running a comic series titled "The People Who Have Come to Us" with Friends, a human rights NGO for immigrants located in Seoul's western district of Yeongdeungpo.

Produced in consultation with a human rights lawyer, the comic series examines tales of immigrants facing various tribulations while living in South Korea.

"There is so much racism even in South Korea. Discrimination based on skin color and country of origin are rampant. So many English-teaching private institutions still explicitly say they only seek to hire white native-speaking teachers," said Yerong.

"We are conditioned inadvertently by movies, TV dramas and clips on the internet. In the media, the protagonist or the hero are mostly white, while blacks or Asians are shown stealing things or shown with negative images."

She added, "Even after the (BLM) movement, I plan to continue to speak out (on matters of racism). My goal is to abolish the biases of many people as possible."