SEOUL, June 8 (Yonhap) -- K-pop giants BTS is unquestionably one of the biggest stars in today's global entertainment, with international sell-out concerts and multiple chart-smashing records under its belt. But at heart, the seven members, all in their 20s, say they share more commonalities with an ordinary 20-something trying to get a grasp on life than meets the eye.

“You are the leader of your own life”: BTS joins YouTube graduation ceremony for The Class of 2020

"To be really, really frank, we still feel very unsure and unsettled as we speak. Just like that day we left the school gates for the last time on graduation night," BTS leader RM said in a pre-recorded video speech for YouTube's "Dear Class of 2020" event Monday.

"Some say we have achieved so many things, but we are no different from others in their 20s, our graduation caps still pressed to our heads and awkwardly peering into the face of reality," RM said in English.

The BTS speech, approximately 12 minutes, was recorded at the National Museum of Korea in central Seoul.

According to RM, band members have felt a "sense of loss and anxiety" due to the recent unforeseen events having affected their plans, but it also gave them time and opportunity to reflect on their inner selves. 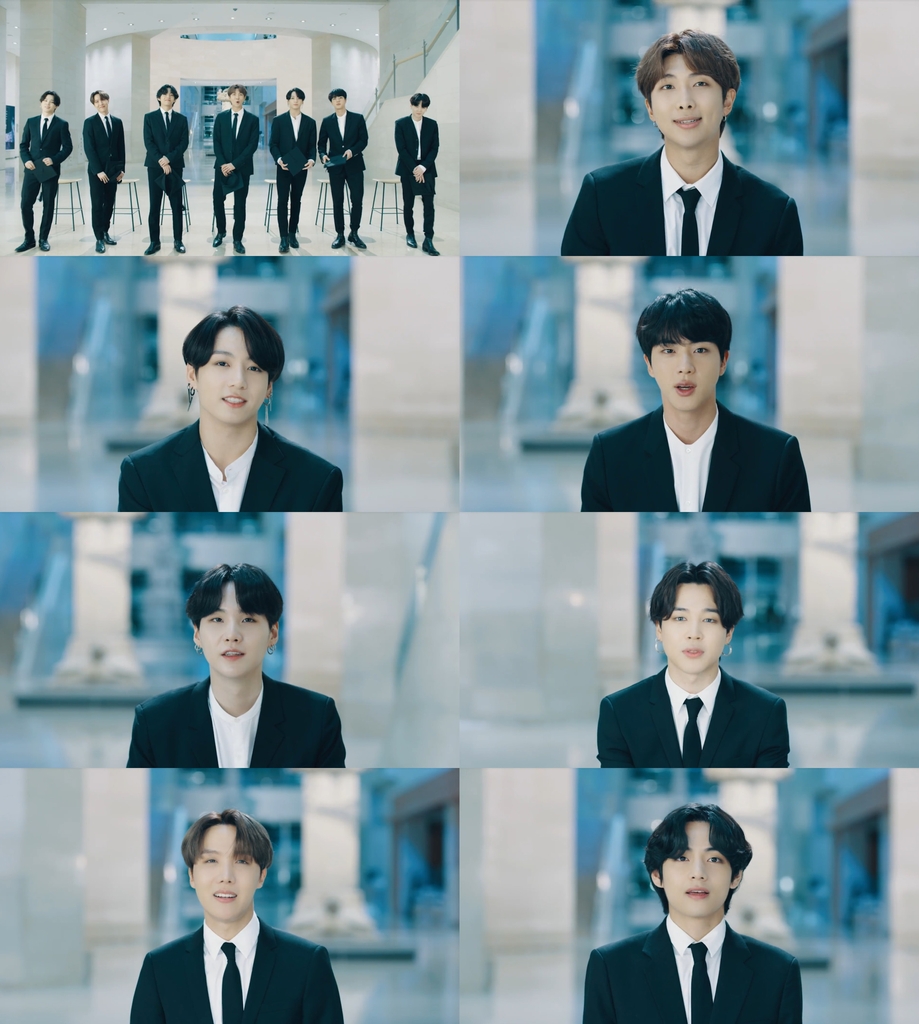 "The fear of an obscure future as our daily lives turn upside down is a moment of realization of the self, the realization of what makes me a true me, myself," RM said.

RM added that the septet, as a band, was pulling itself together by making music.

"We write songs, we produce, and we practice as we think about the people we love. And it connects to the world during such difficult times. And with music, we hope we can bring you smiles and courage again," he said.

Other members also chimed in, with Suga, while sharing anxieties of isolation, rooting for the graduates of 2020 to dream big and try to be in control of oneself.

He added: "We will find ourselves in so many situations out of our grasp. The only thing we can control is ourselves because our possibilities are limitless."

Vocalist V also shared his past tribulations in becoming a top star.

V reassured that luck and opportunity are bound to be in store for the graduates despite difficulties they may face at the moment. Member Jin also shared his pre-debut anxieties.

"Allow yourself to take it easy. Take it one step at a time," Jin said.

The septet has announced it is currently producing a new album to be released in the coming months. BTS also plans to hold a paid online concert, "Bang Bang Con the Live," on Sunday.