Earlier in the day, unification ministry spokesperson Yoh Sang-key told a regular press briefing that the South made a liaison phone call to the North this morning but has yet to get an answer. It is the first time the communist country has not answered the South's calls.

"The (military) communication lines have been operating normally. We had calls with the North Korean side twice today," a defense ministry official said.

The military authorities of the two Koreas have regular telephone calls twice a day at 9 a.m. and 4 p.m. via their eastern and western communication lines.

The hotlines, which had been cut off for years, were restored in 2018 in line with the April 27 inter-Korean summit agreement.

Ship-to-ship radio links between the two Koreas, via the global merchant marine communication network, are also operating normally, the official added. The inter-Korean maritime communication was restored in 2018, a decade after being severed as the North stopped responding to all South Korean calls.

The North's failure to answer the South's liaison call came after it threatened Friday to permanently shut a joint liaison office with South Korea if it fails to prevent activists from flying anti-Pyongyang leaflets across the border.

The warning came a day after Kim Yo-jong, the powerful sister of leader Kim Jong-un, said the country would scrap an inter-Korean tension-reduction military agreement signed in 2018 and halt other inter-Korean projects, such as the liaison office and a joint factory park in the border town of Kaesong, in protest against the campaign. 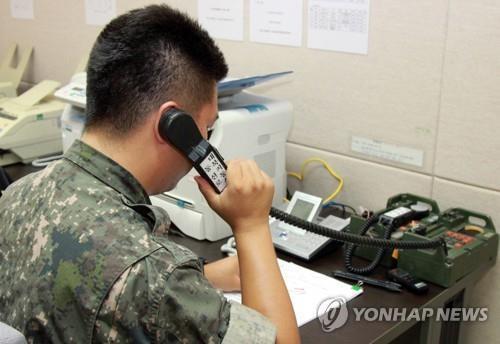