SEOUL, June 8 (Yonhap) -- The Cultural Heritage Administration (CHA) said Monday it will conduct a nationwide safety check on some 300 government-designated construction-type treasures, such as those of Buddhist temples, ahead of the approaching monsoon season.

The CHA will start conducting the safety inspections Wednesday until July 10 as precautions against storms and flooding during the early summer monsoon season, which comes usually between June and July.

The inspections will be carried out jointly between cultural heritage experts from the central and local governments, as well as civilian experts.

Inspectors will check on fire and crime prevention equipment and infrastructure, electricity and gas safety conditions, among others, the CHA said. 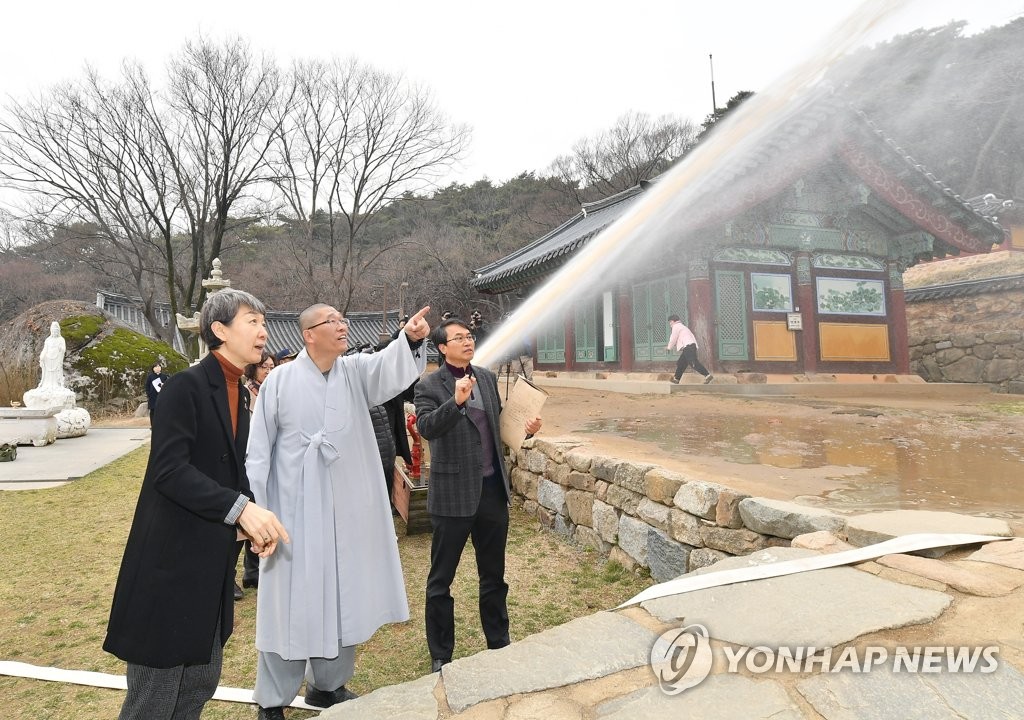