South Korean companies floated bonds of 11.4 trillion won (US$9.47 billion) last month, up 54.1 percent from the previous month, according to the data from the Korea Financial Investment Association.

The amount is close to the corporate debt sales of 12.3 trillion won in February, a month before the World Health Organization declared the coronavirus outbreak a pandemic.

Corporate debt sales in Asia's fourth-largest economy tumbled to 5 trillion won in March in the wake of a coronavirus-induced financial market crunch before rising to 7.4 trillion won in April. 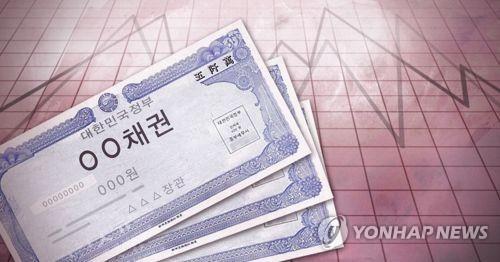 "The amount of corporate bond issues rose sharply in May from a month earlier thanks to increased sales of gilt-edged bonds and high investor demand for some issues," the association said.

In contrast, the value of overall bond sales in South Korea contracted by 500 billion won from the previous month to 79.5 trillion won in May.

The on-month decline was attributed mainly to decreased sales of state and special bonds. But sales of asset-backed securities, monetary stabilization bonds and financial bonds went up.

Meanwhile, the amount of bonds traded over the counter came to 436 trillion won last month, down 27.2 trillion won from April, with the daily turnover dropping by 200 billion won to 22.9 trillion won.
(END)