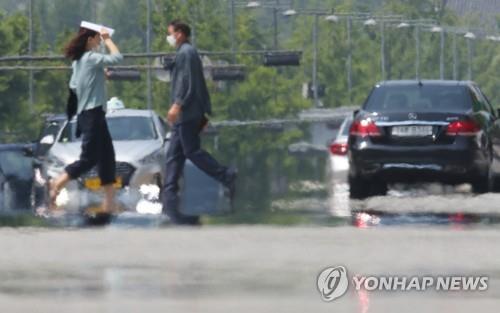 Gyeongsan was hit particularly hard by the sultry weather, as this year's first heat wave warning was issued for the North Gyeongsang city, about 300 kilometers southeast of Seoul, at 3:30 p.m. The maximum apparent temperature soared to 37.5 C in Gyeongsan, also just south of Daegu.

A heat wave warning is issued when the highest sensible temperature is projected to exceed 35 C for more than two days.