Kia will suspend the No. 2 plant in Gwangju, 330 kilometers south of Seoul, from June 25 to 30 as the COVID-19 pandemic continues to drive down overseas demand, a company spokesman said.

The maker of the K5 sedan and the Sorento SUV suspended the No. 2 Gwangju plant three times between April 27 and June 5 to control inventories. 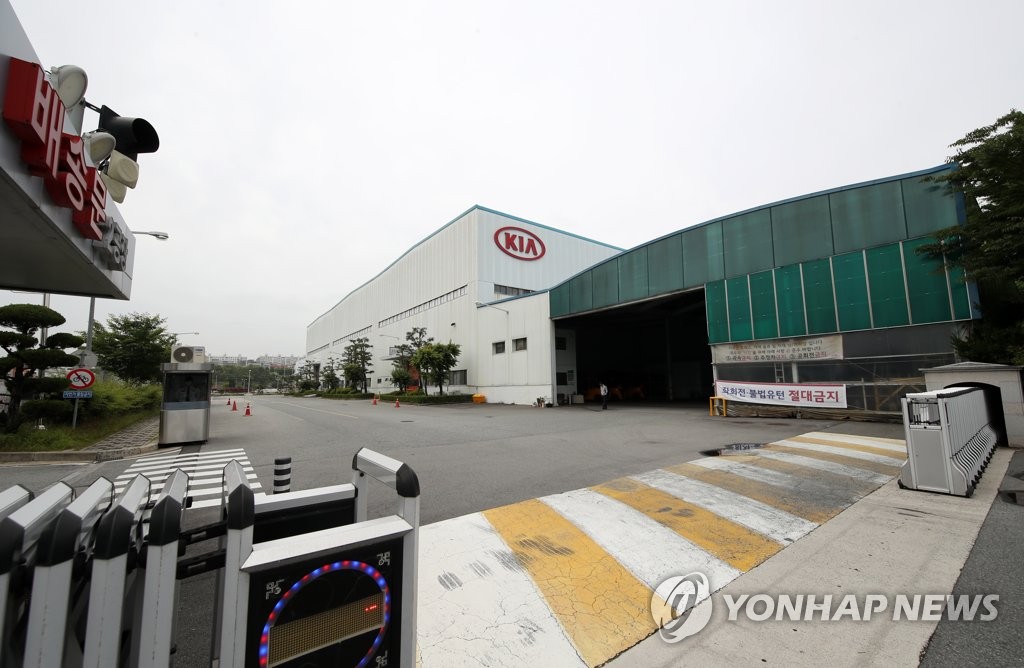 The No. 2 Gwangju plant produces the Sportage SUV and the Soul boxcar, but coronavirus lockdown restrictions in the United States and Europe have blocked vehicle exports from South Korea.

The No. 1 plant churns out the Carnival minivan, the Stinger sports car and the flagship K9 sedan, while the No. 2 plant produces the Pride compact and the Stonic subcompact sport utility vehicle. The two plants were suspended from April 27-29 due to the same reasons.

Hyundai halted some assembly lines at its No. 3 and 4 plants in Ulsan, 414 km southeast of Seoul, from June 1-5 and plans to suspend the lines from Wednesday to Friday.

Hyundai's No. 1 plant in Ulsan was also suspended on Friday and Monday, the spokesman said.