The reports that Trump is slashing the U.S. military presence in Germany from 34,500 troops to no more than 25,000 have renewed concerns about possibly similar plans for the 28,500-strong U.S. Forces Korea.

The issue with South Korea has especially been tied to ongoing negotiations between Seoul and Washington to try to renew a cost-sharing agreement for the upkeep of the American troops. 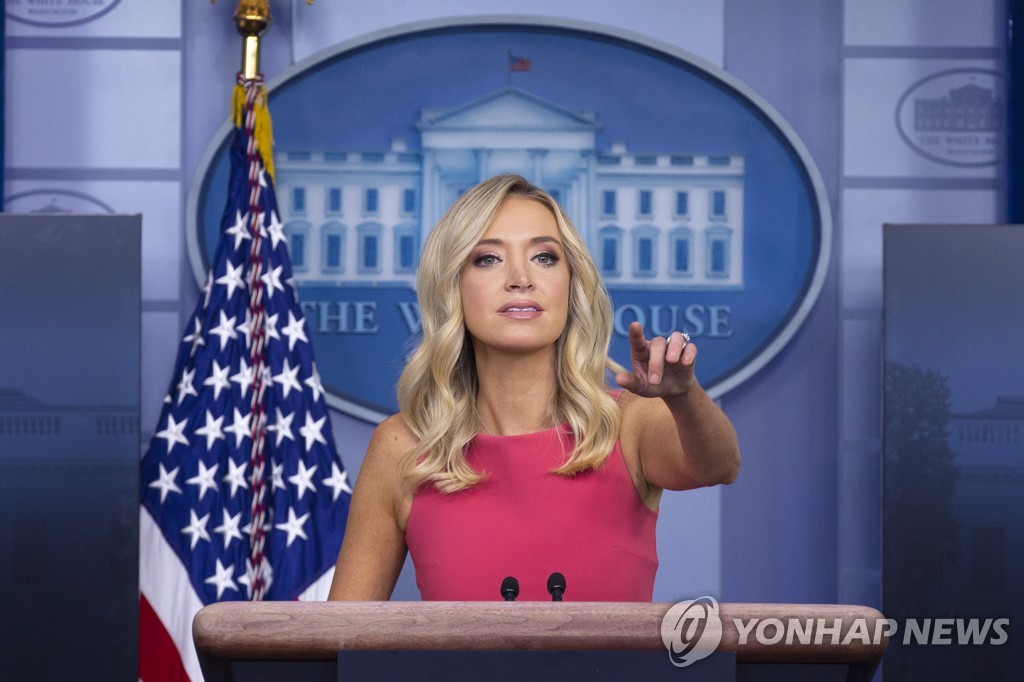 "I know there's reporting out there, but as of this moment, there are no announcements," White House spokeswoman Kayleigh McEnany said at a press briefing when asked about Trump's reported plans to withdraw troops from Germany.

"The president's continually reassessing the best posture for the United States military forces and our presence overseas, and we remain committed to working with our strong allies," she said.

Trump said in December that it is up for debate whether keeping 28,500 troops stationed in South Korea is in the national security interest of the United States.

He said he "can go either way" on the issue but added that if the U.S. continues to station troops in South Korea, Seoul "should burden share more fairly."

His comments followed a news report that the U.S. was considering withdrawing a brigade from South Korea in the event that Seoul refused to accept Washington's demands for a more than fivefold increase in its financial contribution to the upkeep of the troops.

The Pentagon slammed the report as having "absolutely no truth."

Months later, in April, however, another report emerged that the U.S. could consider reducing troop levels in South Korea as a means to pressure Seoul in the cost-sharing negotiations.

Asked to comment, Trump told reporters at the time that "it's not a question of reduction,"

"It's a question of will they contribute toward the defense of their own nation," he said.

The two countries have struggled to close the gap in their negotiating positions, with the U.S. claiming that it has been flexible in cutting back its demand from the initial US$5 billion to $1.3 billion a year -- an increase of 50 percent from last year -- and Seoul insisting on a 13 percent increase.