SEOUL, June 9 (Yonhap) -- North Korea did not answer South Korea's liaison office phone call Tuesday morning after vowing to cut off all inter-Korean communication lines later in the day in anger over Seoul's failure to stop defectors from sending anti-Pyongyang leaflets into the communist nation.

"The liaison office attempted to call North Korea this morning, but the North did not answer," the unification ministry said Tuesday.

North Korea also did not answer calls via military hotlines, according to the defense ministry.

Earlier in the day, the North said it will sever all communication lines with the South at noon Tuesday, accusing Seoul of turning a blind eye to North Korean defectors sending propaganda leaflets criticizing Pyongyang's leadership.

The North also said it will treat the South as an "enemy." 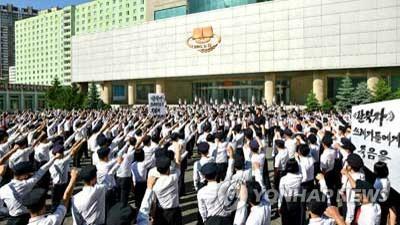