SEOUL, June 9 (Yonhap) -- South Korea's defense and science ministers on Tuesday visited an Air Force unit that has been developed as a "test bed" for the military's reform with cutting-edge technologies, the defense ministry said.

The visit to the 20th Fighter Wing in Seosan, some 150 kilometers south of Seoul, by Defense Minister Jeong Kyeong-doo and Science Minister Choi Ki-young came as a series of projects are under way at the base to transform the forces into a smaller yet smarter military.

Systems under development range from digital control towers using AI and AR technologies to unmanned vehicles for the transportation of troops and equipment, as well as surveillance robots for guard duties, according to the ministry.

During the visit, the ministers also observed a new training program for pilots using a 3-D video to simulate a combat situation based on drone and satellite images.

With new technologies, the military will be able to create a 3-D video of a 10-square-kilometer area with 100 buildings in 90 minutes, a drastic cut from the current system that requires some 300 hours, officials said. The Air Force plans to establish the new system by October this year.

"By establishing a smart unit based on new technologies of the fourth industrial revolution, such as AI and big data, all ongoing circumstances within a base and operational situations will become visible to commanders in real time," Jeong said.

Choi said the science ministry will continue its support for the military to build more "smart" units. 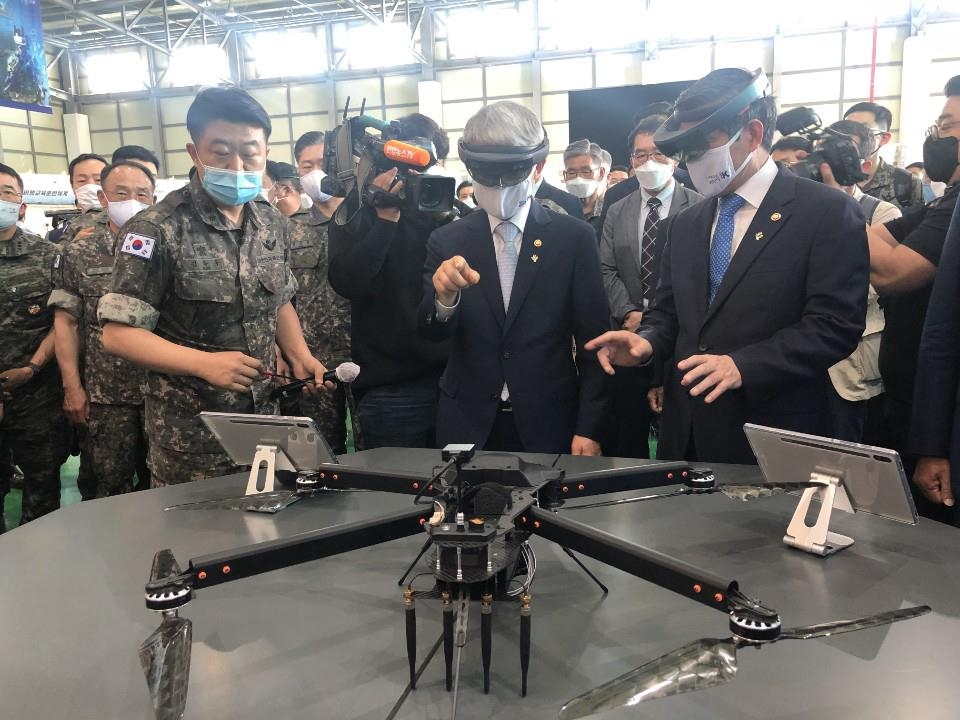