Lippert -- who served as the last U.S. ambassador to South Korea under former President Barack Obama -- was appointed as director, government affairs and public policy of YouTube Asia Pacific as of last month, according to Google, which owns YouTube. 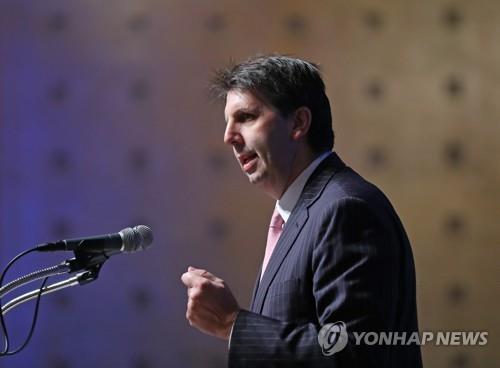 "Mark brings to YouTube years of policy experience and a profound understanding of Asia," Google said in a press release.

Based out of Singapore, Lippert will lead public policy strategy and represent YouTube with policymakers in this exciting and fast-growing region, it said.

After serving a three-year term, he served as both vice president for Boeing International and senior adviser for the Center for Strategic and International Studies (CSIS).

Lippert speaks Korean and uses the language to maintain his status as a well-known fan of the Korean Baseball Organization rooting for the Doosan Bears.