SEOUL, June 9 (Yonhap) -- Mired in last place in South Korean baseball during a 14-game losing streak, the Hanwha Eagles have demoted 10 players to the minor league. 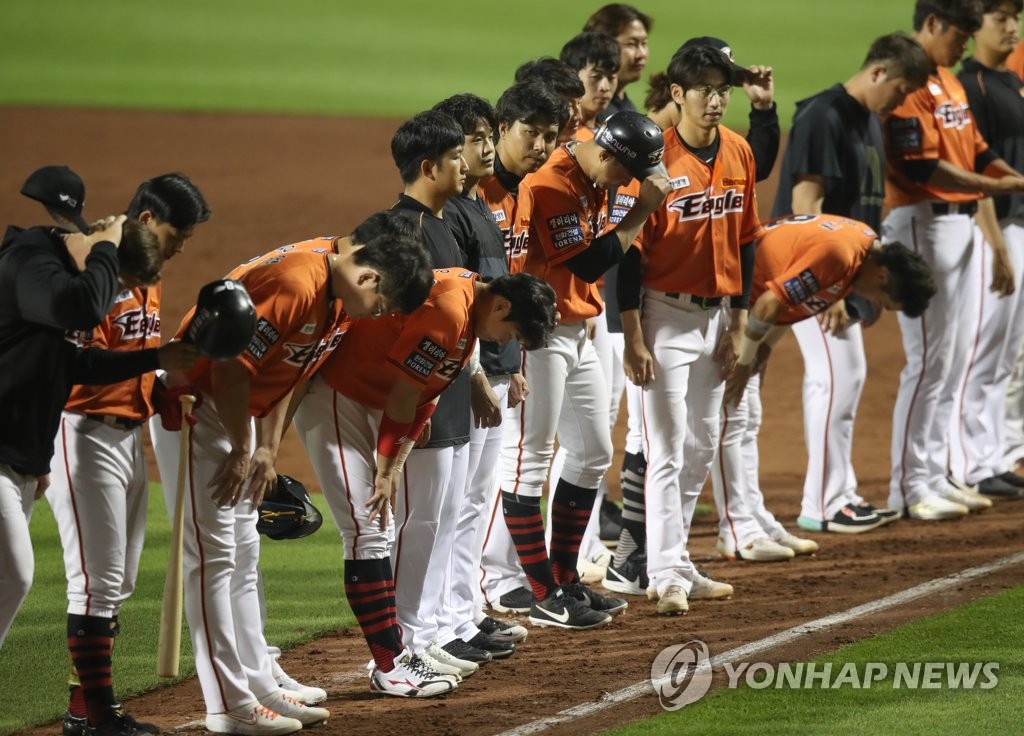 "I felt like some of the veteran players were drained physically and mentally for going through so much losing," Choi explained. "I decided they could use some break. At the same time, I thought we would need to see some new faces emerge, and I called up some minor leaguers who were putting up good numbers and who I felt had some potential."

Among those going to the Futures League, the KBO's minor league, are veteran hitters Song Kwang-min and Lee Sung-yul, who were batting .217 and .226, respectively. From the pitching staff, three hurlers with an ERA of over 7 have been sent packing: An Young-myung (7.59), Jang Si-hwan (7.48) and Lee Tae-yang (7.27).

Owing to their lack of depth, the Eagles have had little choice but to rely on veterans even as their slumps on the mound and at the plate continued. By calling up unproven minor leaguers, Choi may have begun an in-season rebuild at the expense of a few losses in the short term. The interim manager said he didn't want the same group of players back on the field after making changes to the coaching staff.

"These young players that have been called up may be lacking in their skills, but I think they'll still be able to produce some quick results," Choi said. "No one will win a regular job right away. We'll see how they perform at this level and then make our decisions."

The Eagles will take on the Lotte Giants for a three-game series starting Tuesday evening. If the Eagles get swept there, they will come within one loss of tying the longest losing skid in league history, set by the defunct Sammi Superstars in 1985. 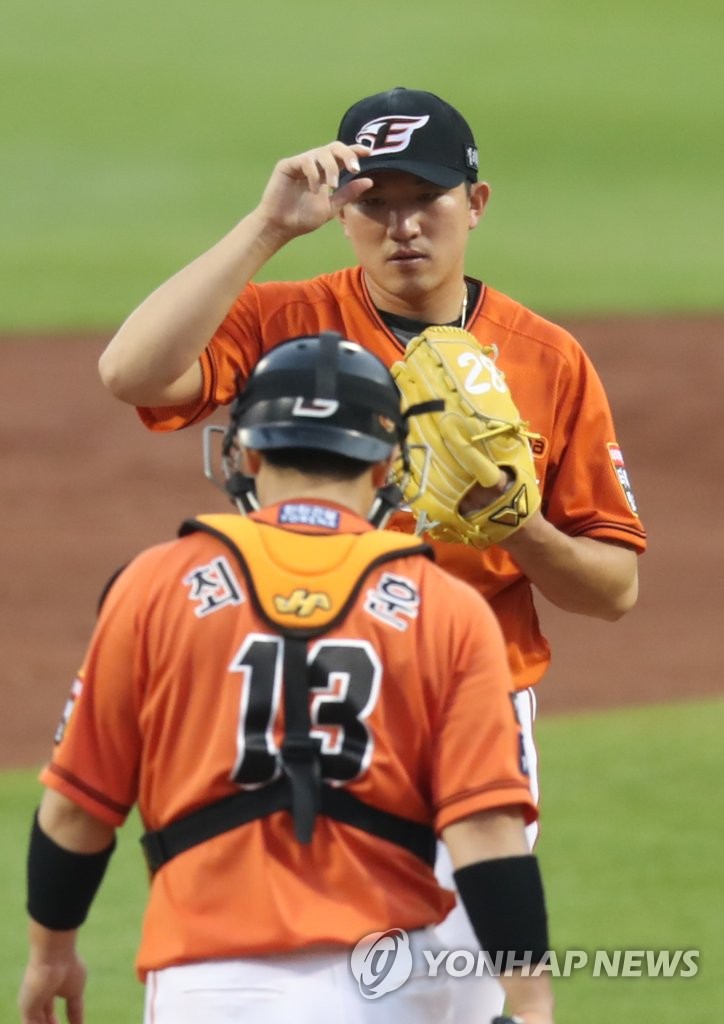