The number of 5G subscribers in the nation is 6.9-7 million, roughly equal to 10 percent of all mobile service accounts, according to data compiled by the Ministry of Science and ICT.

There were over 69.3 million mobile phone service subscribers in late April, with 5G users standing at 6.3 million, or 9.1 percent of the total.

SK Telecom, South Korea's No. 1 mobile carrier said that while official data is pending, it probably had around 3.1 million 5G customers in May, up from more than 2.8 million a month earlier.

KT's 5G subscriber number is believed to have topped the 2-million mark late last month from over 1.9 million in late April, with the latest figure for LG Uplus standing at around 1.7 million, ministry and industry data showed.

Regarding the steady growth, a local telecom industry source said the rate of increase is roughly on par with what occurred when the country first began Long Term Evolution (LTE) wireless broadband communication service in June 2011. He said a year after the LTE service launched, the number of users made up 10 percent of all smartphone subscribers. 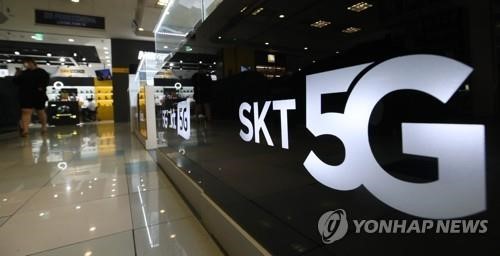 S. Korean 5G subscribers stand at around 7 mln in late May: data

S. Korean 5G subscribers stand at around 7 mln in late May: data