SEOUL, June 9 (Yonhap) -- South Korea is ratcheting up efforts to stem the further spread of the new coronavirus in the capital region amid concerns over a potential hike in new cases traced to cluster infections.

The country added 38 new cases, including 35 local infections on Tuesday, raising the total caseload to 11,852, according to the Korea Centers for Disease Control and Prevention (KCDC). It marked daily new cases of below 40 for the second straight day, and a slight decrease from 57 cases a day earlier and 51 on Saturday. 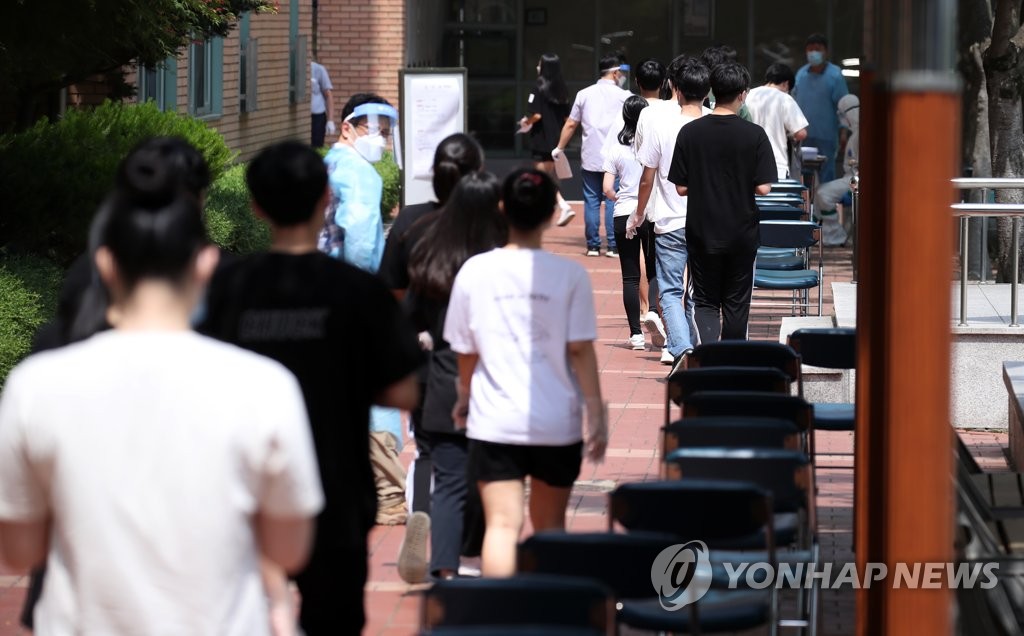 Infections traced to a warehouse run by e-commerce leader Coupang in Bucheon, just west of Seoul, reached 138 as of noon Monday. Those linked to small churches and religious sessions in the densely populated metropolitan area reached 86.

COVID-19 cases tied to a door-to-door business establishment reached 52 as of noon Monday. Those linked to a table tennis gym in southwestern Seoul came in at 41.

Health officials remain on high alert, as such facilities for foreign migrants appear to be the blind spot in quarantine efforts.

The country, meanwhile, added three imported cases and reported one additional death, raising the total death toll to 274. The fatality rate was 2.31 percent.