The country added 38 new cases, including 35 local infections, raising the total caseload to 11,852, according to the Korea Centers for Disease Control and Prevention (KCDC). It marked daily new cases of below 40 for the second straight day, and a decrease from 57 cases a day earlier and 51 on Saturday. 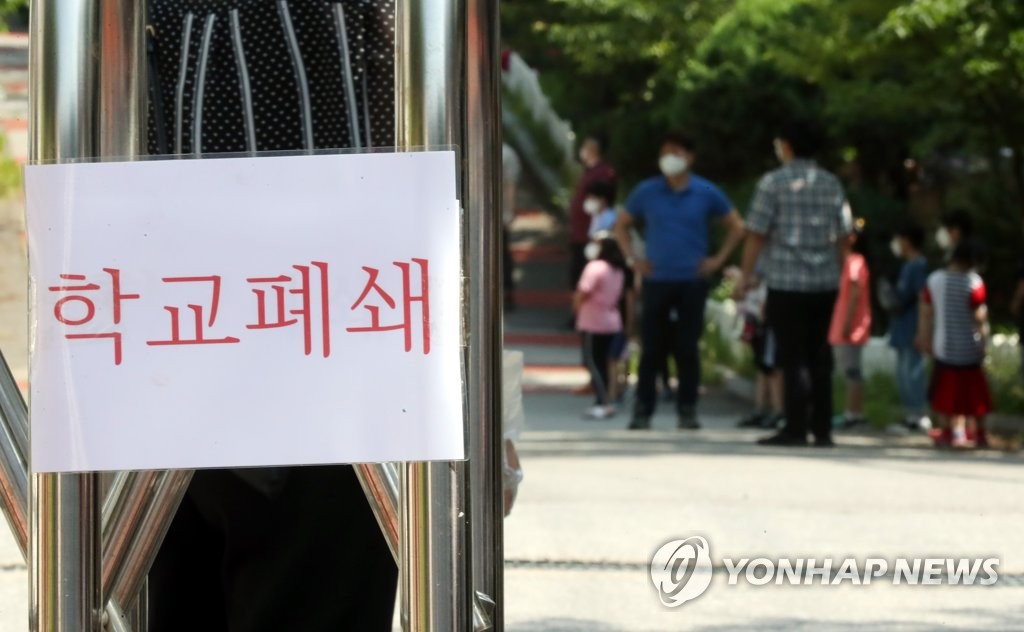 "Quarantine authorities have (viewed cluster cases) with a sense of crisis," KCDC Deputy Director Kwon Joon-wook said in a briefing.

"We are on edge due to the possibility that mass infections could take place at schools, medical institutions, nurseries and welfare facilities at any time," he noted.

Infections traced to a warehouse run by e-commerce leader Coupang in Bucheon, just west of Seoul, reached 139 as of noon. Those linked to small churches in the densely populated metropolitan area reached 88, and cases tied to Seoul's nightlife area of Itaewon hit 277.

COVID-19 cases tied to the door-to-door business establishment reached 68 as of noon. Those linked to a table tennis gym in southwestern Seoul came in at 51.

In southeastern Seoul, an assistant cook at the cafeteria of a private educational institute was confirmed to be infected, prompting some 450 people -- students, teachers and workers -- to undergo tests.

The cook visited a table tennis club and has shown symptoms since Wednesday. 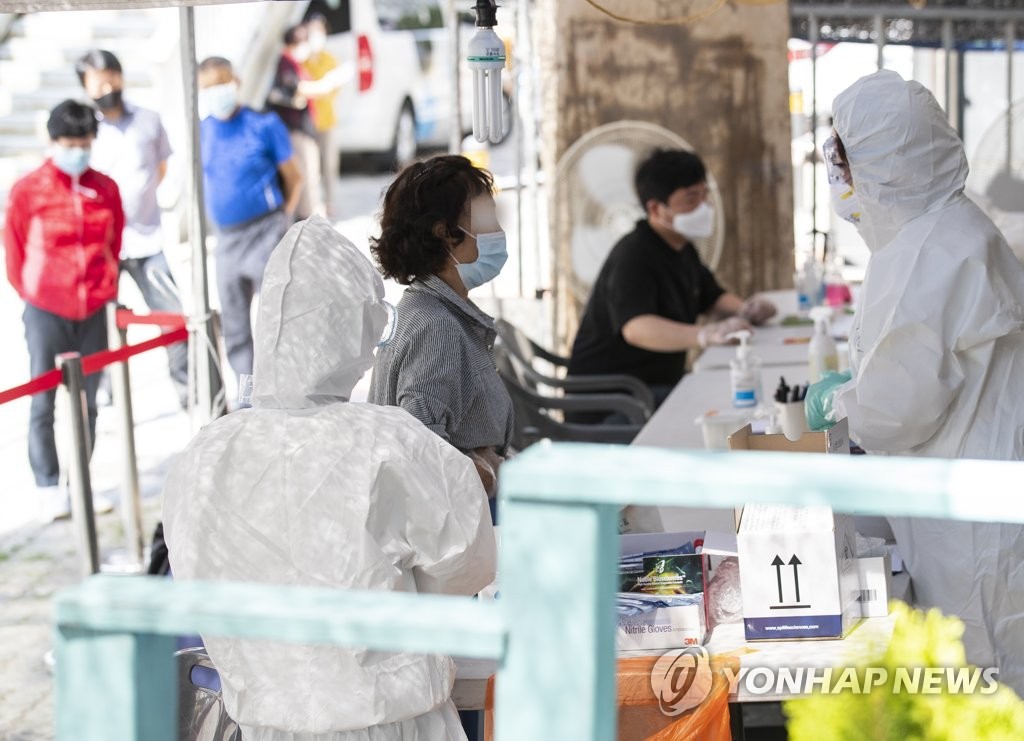 The education ministry said 520 schools across the nation suspended their reopening as of 10 a.m. Most of them are in the Seoul metropolitan area. 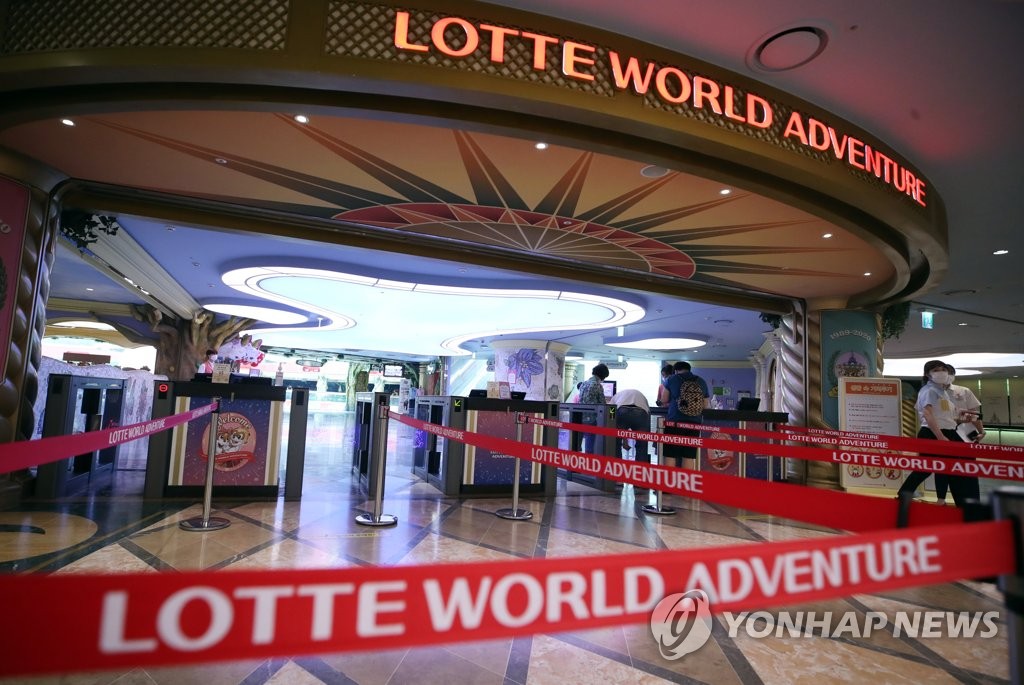 Health authorities said they have yet to consider returning to the strict scheme. 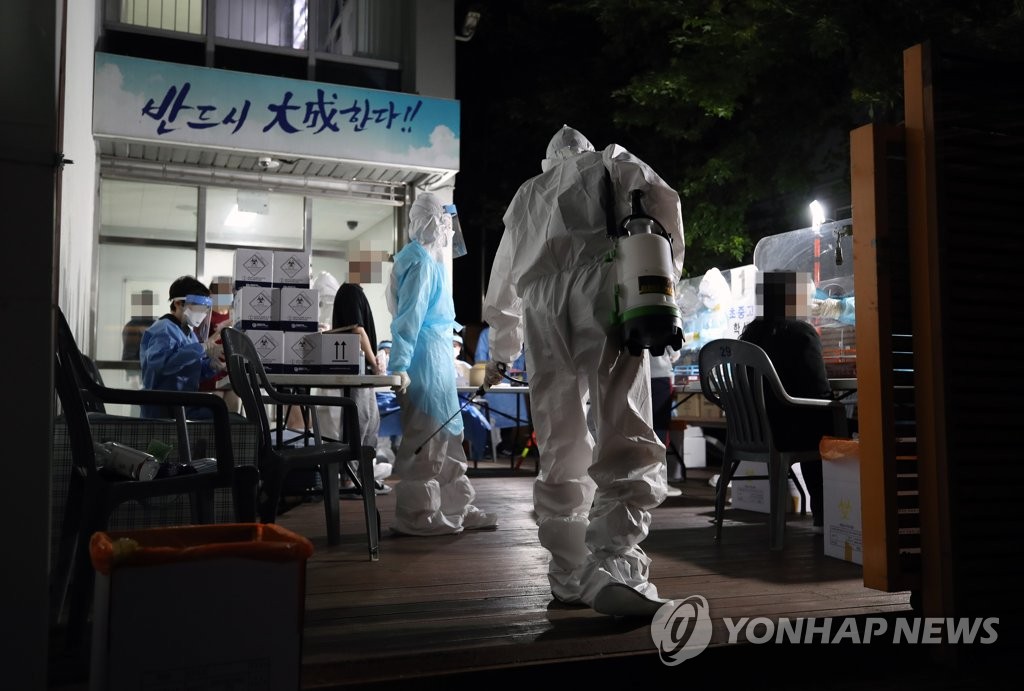