SEOUL, June 9 (Yonhap) -- The greatest closer in South Korean baseball will be eligible to return from a gambling suspension Tuesday.

Oh Seung-hwan of the Samsung Lions, the all-time saves leader in the Korea Baseball Organization (KBO) with 277, has served his 72-game suspension, stemming from an overseas gambling conviction. The KBO handed down the ban in 2016 after Oh received a court fine for gambling. The half-season suspension kicked in when Oh rejoined the Lions last August after getting released by the Colorado Rockies. 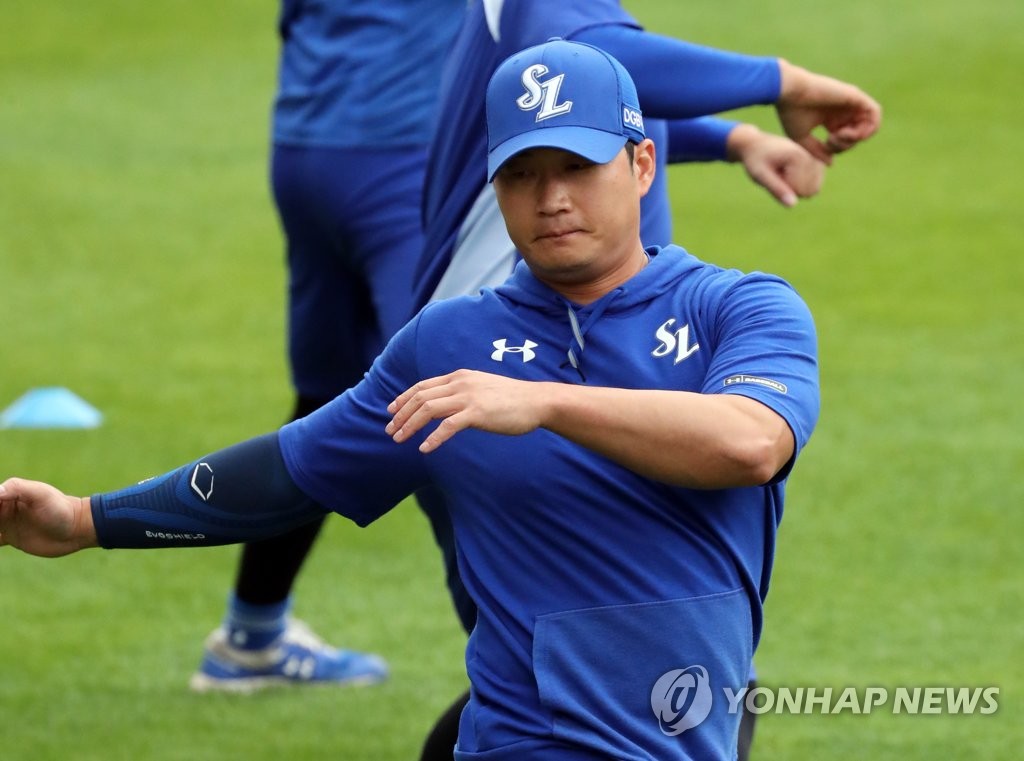 Oh, 37, pitched for the Lions from 2005 to 2013, before spending the next two years with the Hanshin Tigers in Japan and then parts of four seasons in the majors with the Rockies, the Toronto Blue Jays and the St. Louis Cardinals.

The Lions will host the Kiwoom Heroes for a three-game series starting Tuesday evening at Daegu Samsung Lions Park in Daegu, 300 kilometers southeast of Seoul. They'll have another three-game series at home starting Friday, against the KT Wiz. 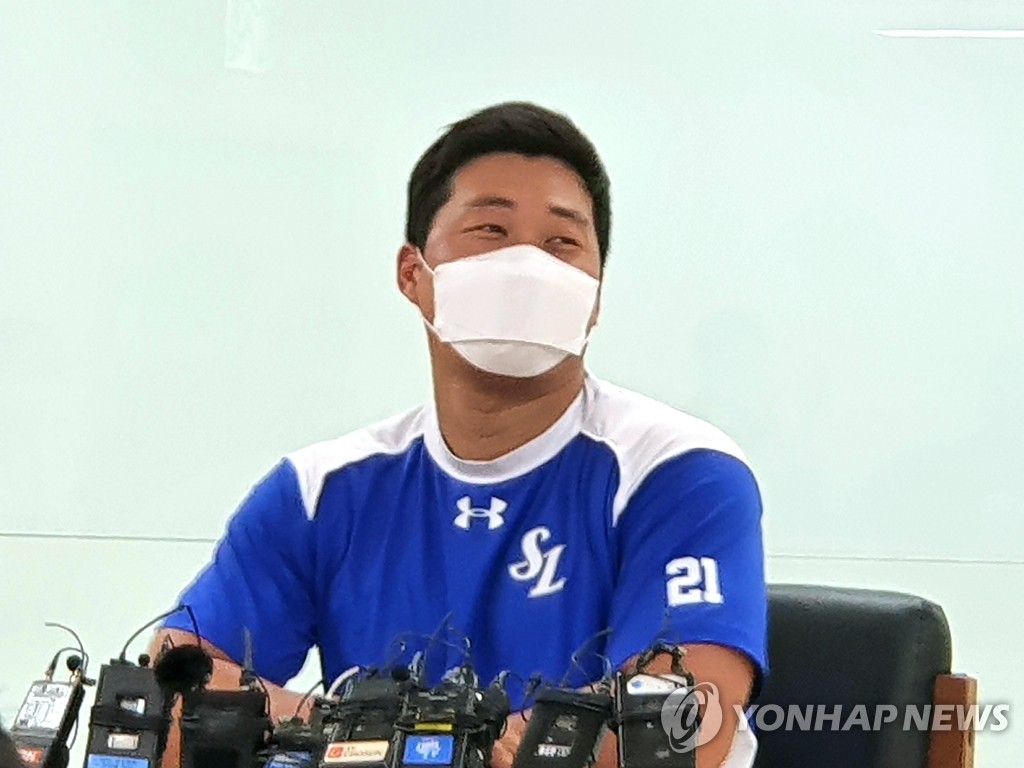 In a pregame press conference at his home stadium Tuesday, Oh said he has his work cut out against much-improved KBO hitters.

"I think Korean batters are hitting with more power than in the past, when I was pitching here the first time around," Oh said. "Contact hitters have become even better at putting balls in play. I have to work hard every day to be a competitive pitcher."

Oh said he wanted to face "young and talented hitters," and singled out Lee Jung-hoo of the Kiwoom Heroes and Kang Baek-ho of the KT Wiz, the Rookie of the Year winners from 2017 and 2018. Lee is a premium contact hitter who batted .338 over his first three seasons and is batting .356 this season. Kang belted out 29 home runs as a rookie and had five home runs in 14 games this year before going down with a wrist injury. He's set to return to the lineup Tuesday.

Oh said he himself wants to find out how well his stuff will work against KBO hitters. In his first tour of duty, Oh could get by mostly with his heavy fastball. He's closer to 40 than 30 now, and his fastball may not have quite the same zip, though Oh said he touched 147 kilometers per hour (91.3 miles per hour) during April's preseason. He averaged 91.1 mph with his four-seamers in the majors in 2019 and 91.6 mph a year before that.

"In Japan and the majors, I mixed in sliders and changeups," Oh said. "I'll be throwing more breaking balls in Korea, too."

Oh once again apologized for his past mishap and said he'd accept whatever criticism that comes his way.

"I'll try to be an exemplary player and try not to get into trouble again," Oh said.

Oh started traveling with the Lions last week and threw a bullpen session while they were in Seoul. Samsung manager Huh Sam-young has said he won't throw Oh into the fire right away, and he will instead ease the right-hander back into action.

"The best-case scenario for us is to have him on the mound with a comfortable lead," Huh said last week.

Eventually, though, Oh will take over as the closer. Woo Kyu-min has done an admirable job in Oh's absence, recording four saves and posting a 3.86 ERA over 9 1/3 innings. The Lions have the second-lowest bullpen ERA in the league with 4.50, and opponents have slugged .379 against their bullpen, the best mark in the KBO.

He pitched in some spring training games with the Lions this year, but his last competitive game came with the Rockies on May 30 last year. He went on the 10-day injured list on June 10 with a left abdominal strain and then was ruled out for the season on July 16 with a right elbow injury. 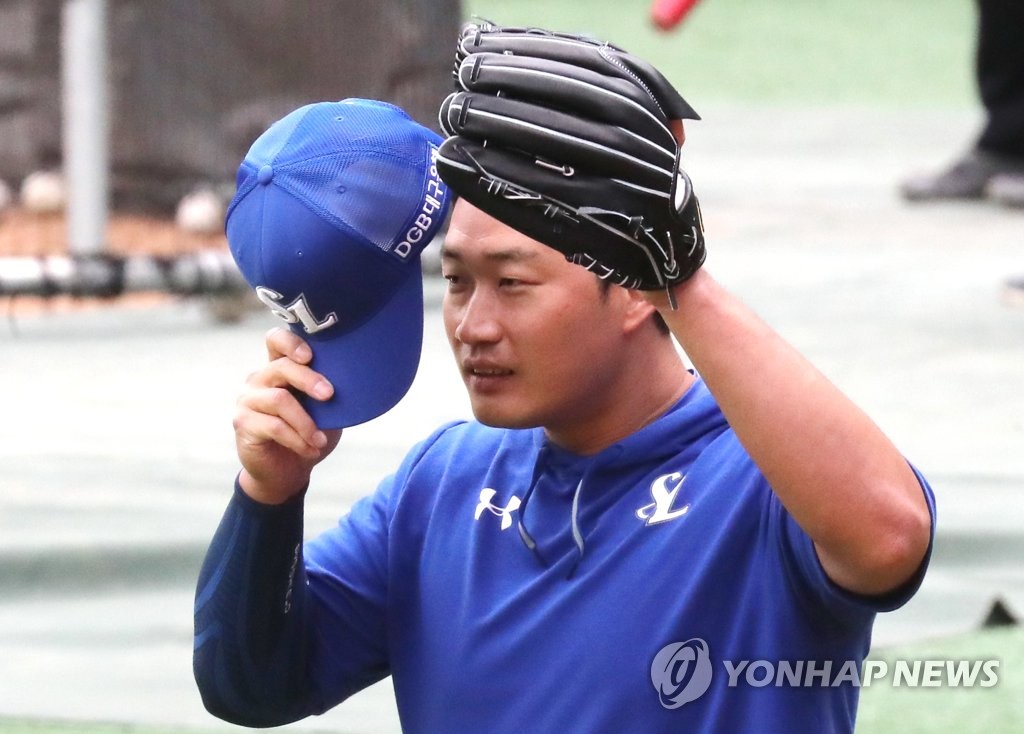