"As foreign seafarers are playing bigger roles in the country's fishery industry in sync with their rising presence, South Korea plans to roll out measures to improve their work environment," the Ministry of Oceans and Fisheries said in a statement.

The announcement came amid rising criticism that South Korea has been lacking measures to protect foreign fishermen from hazardous work conditions, although they accounted for more than 17 percent of the total workers in the segment.

The ratio, which had reached 15 percent in 2014, is expected to grow down the road as more South Koreans seek less physically strenuous jobs. 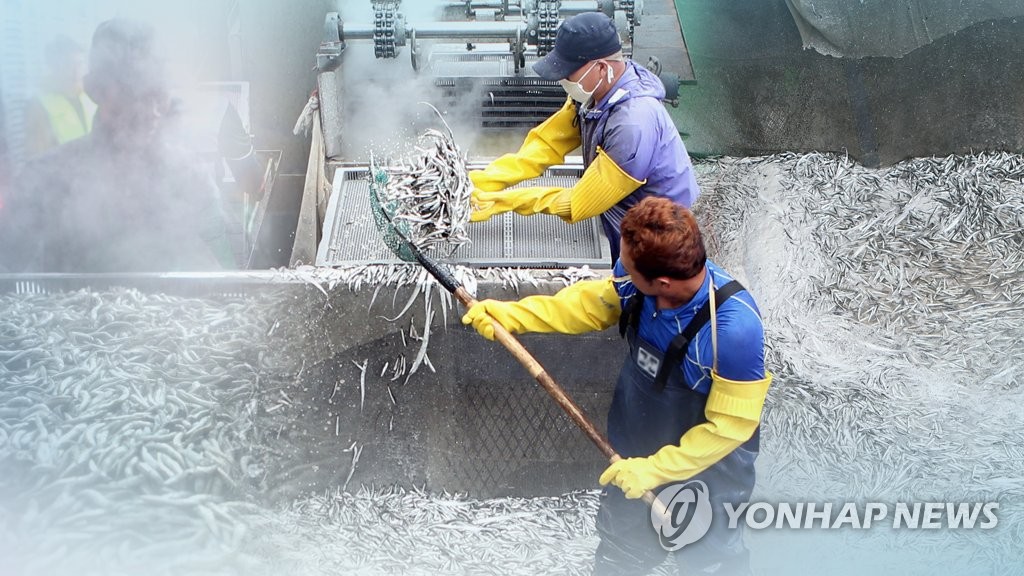 Under the new measure, South Korea plans to expand ties with major countries of foreign workers here, including Indonesia, Vietnam, the Philippines and Myanmar, to better monitor manpower companies there. Indonesia currently accounts for nearly 35 percent of foreign workers in the segment.

The ministry also plans to set guidelines for the minimum living conditions for foreign seamen's accommodations on smaller ships sized 20 tons or larger, as the existing law only offers instructions for smaller vessels.

The country plans to raise a fund worth 170 billion won (US$141.8 million) to help smaller boat operators renovate their facilities as well, including having them be equipped with Wi-Fi equipment to help the foreign workers better contact their families back home.

Other measures include offering Korean-language courses for the workers while teaching them how to swim and extinguish fires on board.