SEOUL, June 9 (Yonhap) -- The South Korean men's under-19 football team will open training camp next week in preparation for an upcoming continental tournament, becoming the first national football squad to work out during the coronavirus pandemic.

The Korea Football Association (KFA) on Tuesday announced a 36-man camp roster for head coach Kim Jung-soo. Their camp will open next Monday at the National Football Center (NFC) in Paju, just north of Seoul, in Gyeonggi Province.

They'll begin preliminary prep for the 2020 Asian Football Confederation (AFC) U-19 Championship, which is set to run from Oct. 14-31 in Uzbekistan. 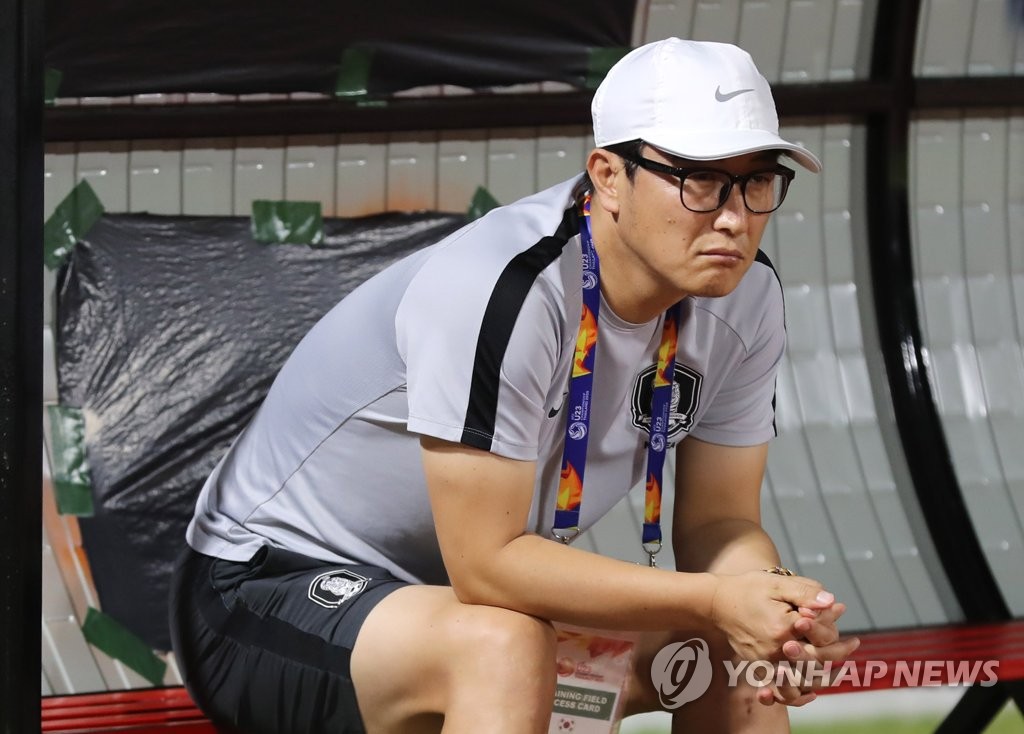 While virtually all international matches have been canceled or postponed during the pandemic, the AFC has decided to stick with the current schedule for the U-19 tournament.

The draw for the 16-team competition will take place later this month. The top four teams from that tournament will qualify for the 2021 FIFA U-20 World Cup in Indonesia.

The KFA said Kim will get a closer look at players and determine the future direction of the squad during the upcoming camp.

The players and coaching staff will be asked to follow strict quarantine measures, the KFA added. They'll be required to fill out health questionnaires before reporting to the NFC and to go through regular temperature checks during their camp.