SEOUL, June 9 (Yonhap) -- HDC Hyundai Development Co., a major construction company here, on Tuesday called for a renegotiation with the creditors of Asiana Airlines Inc. over its planned acquisition of the country's No. 2 airline due to a sharp rise in debts and the growing impact of the new coronavirus on the airline industry.

In December, HDC Hyundai Development formed a consortium with major financial group Mirae Asset Daewoo to sign a deal to acquire a 30.77 percent stake in Asiana from Kumho Asiana Group, as well as new shares to be issued and Asiana's six affiliates, for 2.5 trillion won (US$2.2 billion). 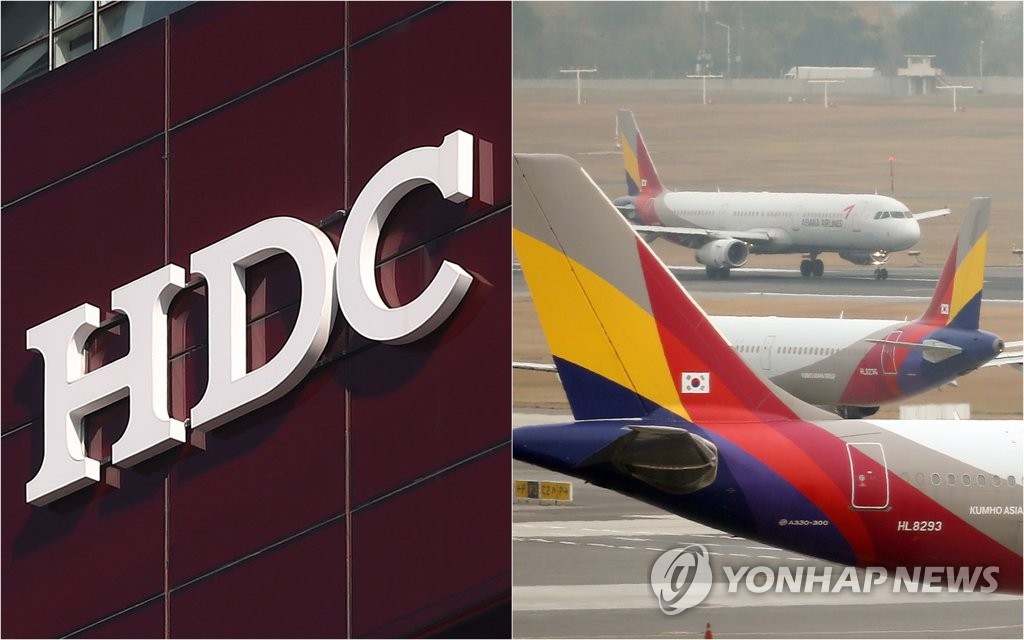 "We are still committed to acquiring Asiana, but we want the (main creditor) Korea Development Bank and related parties to renegotiate the acquisition terms to reflect the current market conditions and the company's current financial status," HDC said in a statement.

HDC described the ongoing virus crisis as a "never expected and very negative factor," which will affect its planned acquisition of the country's second-biggest carrier.

The company also picked Asiana's snowballed debts as another reason for the renegotiation that is "damaging the acquisition value of the carrier."

Asiana's debts have increased by 4.5 trillion won since July last year and its debt-to-equity ratio skyrocketed by 16,126 percent at the end of March from the end-July, it said.

HDC's calls for the renegotiation comes after Asiana's creditors sent an ultimatum Friday to the HDC to notify them of its intent to complete the acquisition by June 27.

Asiana's net losses for the January-March quarter deepened to 683.26 billion won (US$555 million) from 89.18 billion won a year earlier.