SEOUL, June 9 (Yonhap) -- Samsung Electronics Co. said Tuesday it is considering unveiling its next flagship smartphones, including the Galaxy Note 20 series and the Galaxy Fold 2, through an online event in August.

The annual Unpacked event would take place online on Aug. 5 amid the novel coronavirus pandemic, according to the world's largest smartphone maker. The tech giant usually holds the event in New York every year. 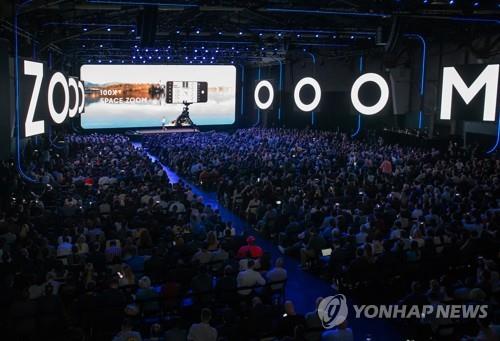 The standard Galaxy Note 20 is expected to have a 6.42-inch AMOLED display, with the top-end Note 20 smartphone getting a massive 6.87-inch AMOLED panel.

The Galaxy Fold 2 is expected to be the successor of the original Samsung Galaxy Fold foldable smartphone launched last year.

In addition, Samsung is expected to reveal several other devices at the event -- the Galaxy Tab S7 tablet and the Galaxy Watch 2.

Many smartphone events have already taken place online due to the COVID-19 pandemic.