SEOUL, June 9 (Yonhap) -- North Korea's anger at propaganda leaflets flown across the border from South Korea shows how sensitive the autocratic regime is to criticism of leader Kim Jong-un, especially at a time of economic difficulties deepened by the coronavirus and sanctions.

Pyongyang said earlier in the day it will cut off all phone lines with Seoul starting Tuesday noon, accusing Seoul of turning a blind eye to North Korean defectors and activists sending propaganda leaflets criticizing its leadership.

Branding leafleting as a hostile act, the North also vowed to treat the South as an "enemy."

"The disgusting riff-raff have committed hostile acts against the DPRK by taking advantage of the South Korean authorities' irresponsible stance and with their connivance," the Korean Central News Agency (KCNA) reported, using the acronym for the North's official name.

The flying of leaflets via huge balloons has long been a source of tensions between the two Koreas, as the leaflets usually strongly criticize the North's authoritarian regime and its leader Kim, as well as the country's poor human rights situation.

Pyongyang has regarded the leaflets as a malicious attempt at threatening and toppling the communist regime. In 2014, the North even tried to shoot down leaflet-carrying balloons, triggering an exchange of fire with the South.

But the North's fury this time is much stronger than before, and some observers speculate that it might have something to do with an alleged attempt by defectors in the South to send coronavirus-contaminated items along with leaflets.

"We will never barter the dignity of our supreme leadership for anything, but defend it at the cost of our lives," the KCNA said. "We have reached a conclusion that there is no need to sit face to face with the South Korean authorities and there is no issue to discuss with them, as they have only aroused our dismay." 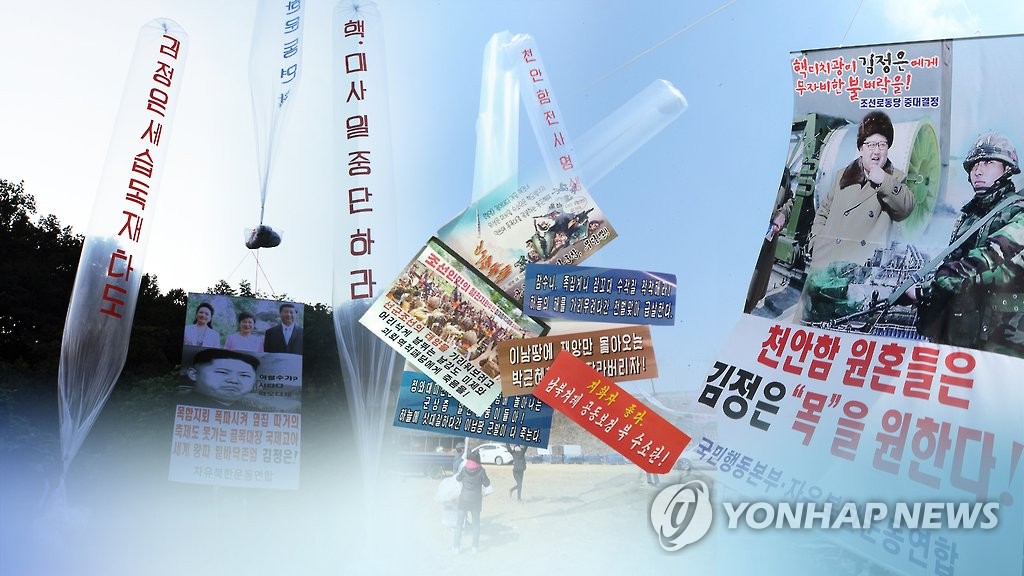