The latest COVID-19 patient is a major at the Defense Security Support Command headquartered in Gwacheon, just south of Seoul, the officials said, adding the route of his infection and contact tracing are under way.

Currently, 96 service personnel are quarantined in accordance with health authorities' guidelines. In addition, military authorities have put 2,034 members in isolation as a preventive step, according to the defense ministry.

South Korea has seen cluster infections in Seoul and the surrounding areas in recent days. On Tuesday, the country reported 38 more cases of the virus, bringing the nation's total to 11,852, according to the Korea Centers for Disease Control and Prevention (KCDC). 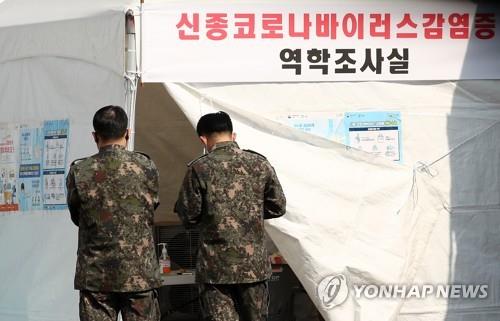