SEOUL, June 9 (Yonhap) -- The season's first heat wave advisory was issued in Seoul on Tuesday, according to the Korea Meteorological Administration (KMA), as the nation continues to grapple with scorching temperatures.

A heat wave advisory is issued when the highest reasonable temperature is projected to exceed 33 C for more than two consecutive days, or damage is expected due to prolonged hot weather.

Advisories have been put in place in various regions, including the provinces of Gyeonggi, North Jeolla and North Gyeongsang, as well as the cities of Daejeon, Sejong and Daegu.

Seoul's temperature reached 32 C on Monday, a record high for this year. Temperature in Daegu climbed as high as 35.6 C. Gyeongsan, just south of Daegu, was also issued a heat wave warning Monday and is forecast to see temperatures as high as 36 C later Tuesday.

A heat wave warning is issued when the highest sensible temperature is projected to exceed 35 C for more than two days.

Gangneung saw the country's first tropical night of the year Monday, with the lowest nighttime temperature reaching 25.7 C. A tropical night is defined by the nighttime low staying above 25 C.

"The maximum apparent temperatures in many regions in the country will rise to 33 C or higher until Wednesday," the KMA said.

According to the KMA forecast, the average temperature in the June-August period was forecast to be 0.5 to 1 degree higher than last year's average of 24.1 C, with the temperature peaking between late July and mid-August. The agency expected nine to 12 typhoons to occur this summer, with two or three of them affecting the country. 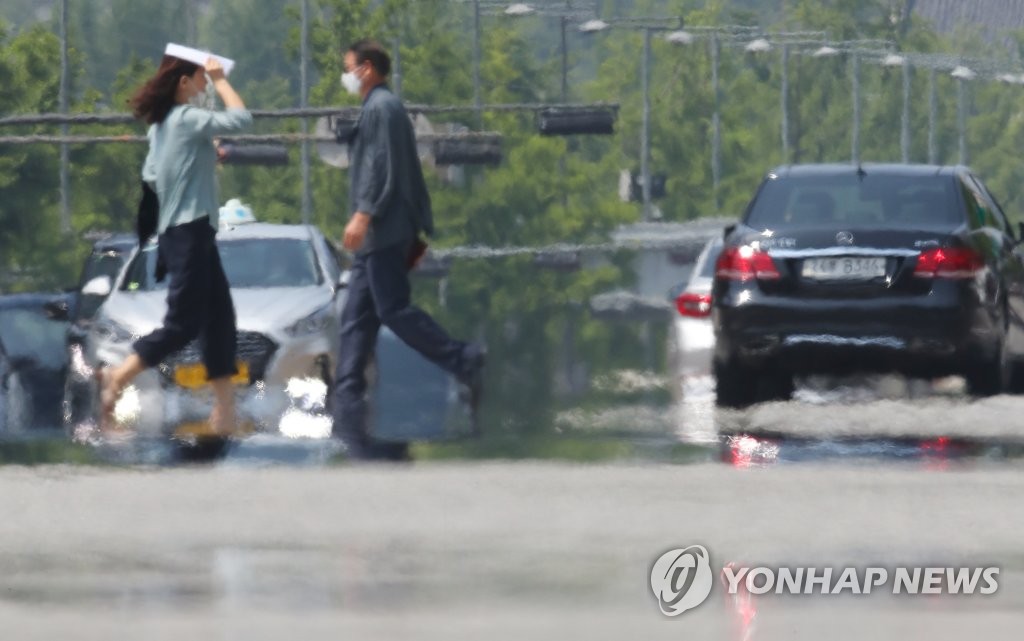