SEOUL, June 9 (Yonhap) -- The government is set to host another online seminar for foreign countries this week, the foreign ministry said Tuesday, in the latest in a series of sessions being arranged to share South Korea's know-how and experience in battling the coronavirus pandemic.

The web seminar, slated for Wednesday, is the fifth of its kind to be held since Seoul launched the task force in late April to respond to growing foreign requests for Korea to share its policy measures against COVID-19.

South Korea has been lauded for its swift response system based on the principle of "trace, test and treat," which has led to considerable success in flattening the curve without a lockdown or border closure. The country's caseload stood at 11,852 on Tuesday, with 274 deaths.

The upcoming session will focus on introducing to foreign officials Korea's approach in terms of epidemiological investigations and managing people in quarantine, the ministry said in a release.

Officials from the interior ministry will explain how they keep tabs on people in self-isolation based on IT technologies like mobile apps and other measures, including wearing wristbands.

The seminar will be livestreamed at http://medicalkorea.mlive.kr, and translations in English, Russian and French will be provided.

More than 2,200 people from over 110 countries have attended the four previous web seminars so far, the ministry said. 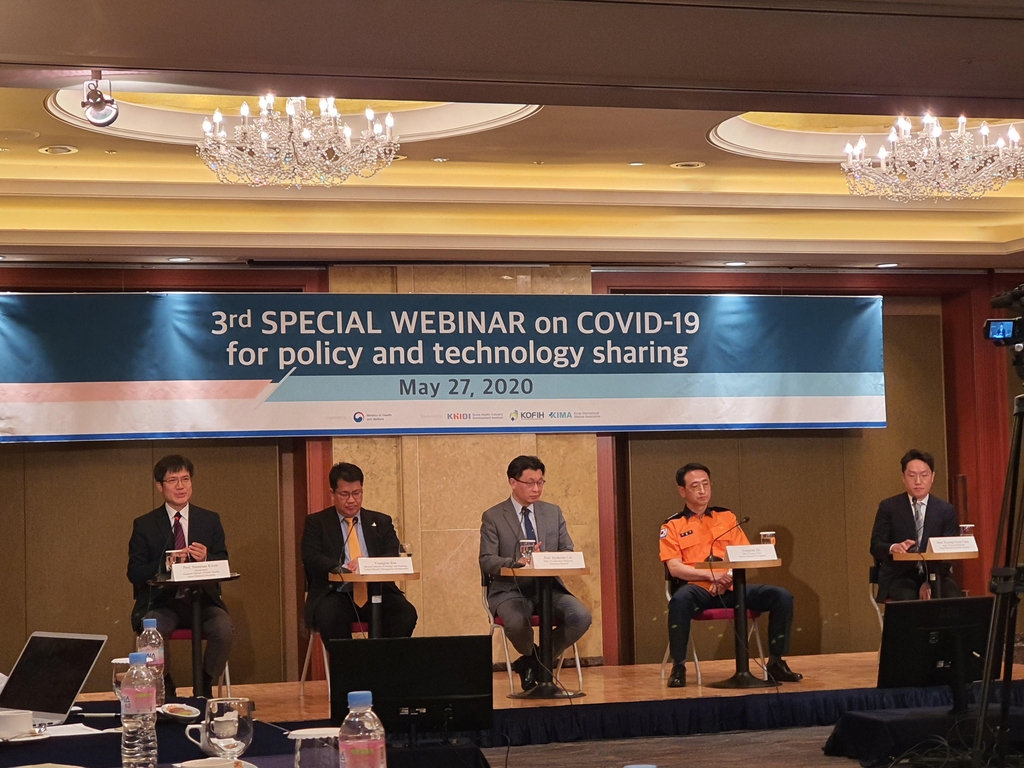