Calling the decision "an act that disregards equality before the law," the Seoul-based People's Solidarity for Participatory Democracy expressed "deep regret" at the decision made "in the face of the gravity of the criminal allegations" and a risk of him "destroying evidence."

"Imagine how a court would rule if it were an ordinary citizen who committed similar crimes," it said in a statement, arguing that the move is "highly unfair and could only be seen as preferential treatment for Vice Chairman Lee."

In the early hours of Tuesday, the Seoul Central District Court rejected the prosecution's request to put Lee, vice chairman of Samsung Electronics, behind bars, over an on-going probe into a series of allegations, including stock manipulation and violation of capital laws.

He is accused of playing a role in the controversial merger in 2015 between two Samsung affiliates, Cheil Industries Inc. and Samsung C&T, that the prosecutors suspect was designed to help him gain greater control of the country's biggest conglomerate. 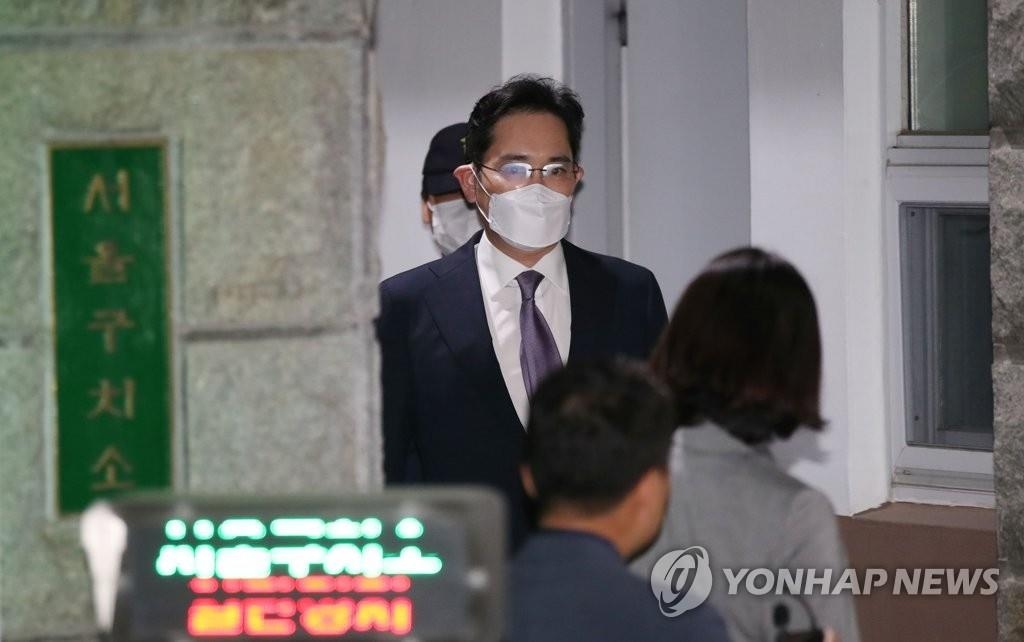 "The case should be handled in a serious manner," the group said, as it believed that his alleged illegal transactions were aimed at a father-to-son "transfer of power."

The court denied issuing the warrant, on the grounds that there was "insufficient explanation on the need and validity to arrest the defendants against the principle of trial without detention," and that whether Lee is guilty should be determined through "legal battles and court hearings."

Another group, Economic Democracy 21, also released a statement, urging the prosecution to file a request for an arrest warrant again by bolstering evidence.

The court on Tuesday also denied arrest warrants for two other Samsung executives, Choi Gee-sung and Kim Jong-joong, from the group's now-disbanded control tower, the Future Strategy Office, who are suspected of leading the group's efforts to help smooth out the succession process for Lee.