"If transmissions are confirmed in places where quarantine rules were violated or (someone) is found to have caused a spread of the infection, (the government) should proactively review exercising the right to indemnity (to have) the treatment or quarantine costs (reimbursed)," Chung said during an emergency meeting of ministers on quarantine efforts.

The prime minister warned that quarantine violations are "serious issues that could jeopardize the government's prevention efforts and pose threats to the safety of the social community."

"Individuals or business owners who do not strictly live up to quarantine rules will be sternly held accountable in order to contain cluster transmissions in the greater capital area," he stressed.

He also instructed ministers to carry out all-out inspections into high-risk facilities or other public places that have gone unchecked.

"A prompt investigation and a stern response should be taken on cases where transmission tracing or quarantine actions were obstructed or disobeyed on purpose or by grave mistakes," he warned. 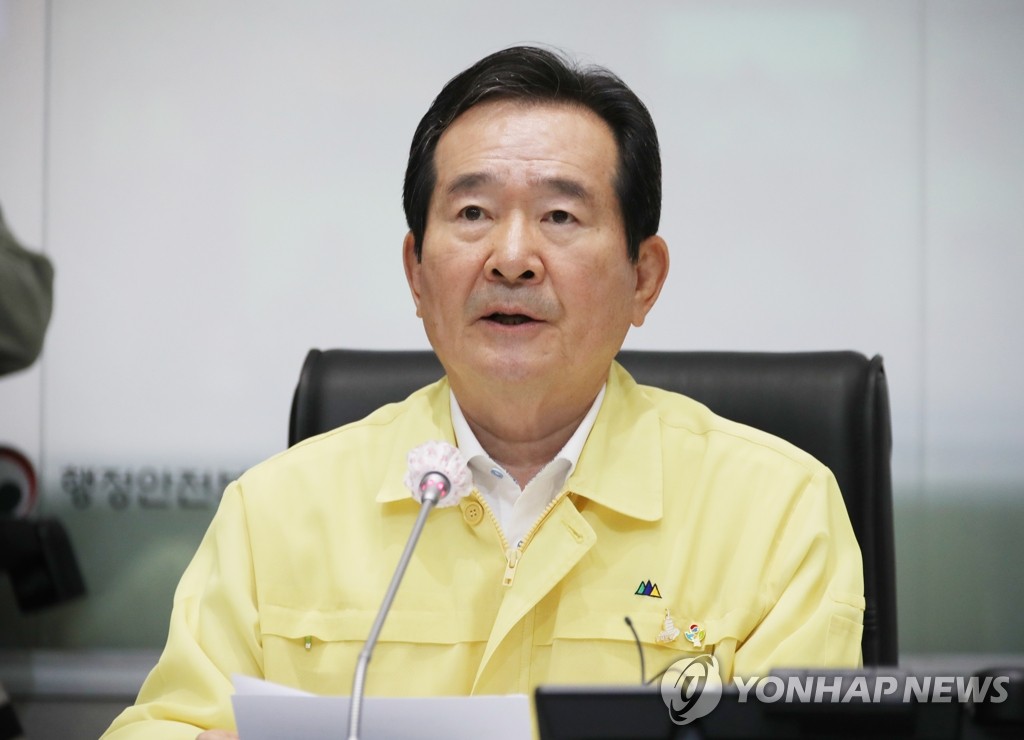 The emergency meeting was convened as the country is grappling with a series of cluster infections in Seoul and its adjacent cities.

On Tuesday, South Korea reported 38 new infections, including 35 locally transmitted cases. Of the local infections, all but two were from the greater capital area, traced to an e-commerce warehouse, a door-to-door business retailer and religious gatherings.

The city of Daegu, once the epicenter of South Korea's new coronavirus outbreaks, was preparing a civil suit against the fringe religious sect of Shincheonji for causing mass infections. Under the action, the city demands Shincheonji provide financial compensation for the spread of the pandemic in Daegu and reimburse the cost the city paid in response to the outbreaks.

Jeju Island, jointly with two businesses in the resort island, filed a compensation suit of 132 million won (US$110,294) against a mother and a daughter after they went on a tour in Jeju even while the daughter, coming back home from her studies in the United States, had clear symptoms of a COVID-19 infection.

After their five-day trip, some 20 businesses in Jeju suspended operations and some 90 residents were put on self-quarantine in accordance with the quarantine guidelines.