SEOUL, June 9 (Yonhap) -- The Marine Corps has resumed the operation of its Marineon utility helicopters, two years after they were grounded after a deadly crash, officials said Tuesday.

A MUH-1 Marineon, the Marine variant of South Korea's KUH-1 Surion helicopter, crashed in July 2018, killing five service members. Defects in the rotor mast made by Airbus Helicopters were blamed for the accident.

"The Marineon resumed flight operations Monday at the 1st Marine Aviation Squadron in the city of Pohang," an official said.

The military authorities have fully implemented follow-up measures after the accident and carried out training for about 16 months in order to ensure their mission capabilities and safety, and experts decided on the resumption in April, he added.

As part of such moves, the French government agreed last year to guarantee the quality of 13 major parts produced by Airbus for the Surion.

The Marines received the choppers in January 2018 for the purpose of transporting its service members and equipment. 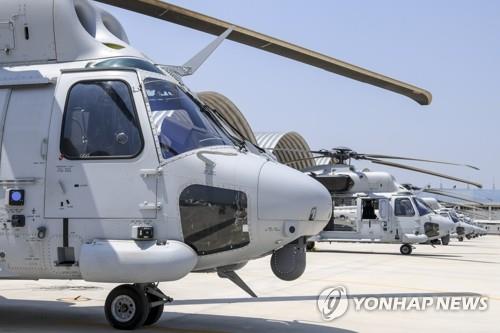