SEOUL, June 10 (Yonhap) -- Thomas St. John, a former baseball journalist and now a university professor in Seoul teaching the history of South Korean baseball, lived through some lean years of the Korea Baseball Organization (KBO), starting in the 1990s. He once had trouble convincing television executives here that baseball was a popular sport in the country and it should be broadcast live in English for an international audience. Today, 28 years after the American arrived in South Korea as an exchange student, and 16 years after St. John last covered the KBO for an English-language newspaper, the league is enjoying unprecedented international exposure. The U.S. sports cable giant ESPN is carrying six live games per week, with re-airs available at more convenient times for American viewers. Through ESPN's international affiliates, KBO games are available in 130 countries. With the start of a new Major League Baseball (MLB) still on hold during the coronavirus pandemic, the KBO is the only live baseball on U.S. television.

St. John, 50, feels like a proud father who has seen his child grow into a well-adjusted adult.

"I love it. I think it should have happened 20 years ago," St. John told Yonhap News Agency in a phone interview Tuesday. "The KBO is what it is. Whatever it is, however you describe it, I think it's wonderful, unpredictable and a little bit crazy. That's what it has been the whole time. It's a little different in some ways from U.S. baseball, but so what?"

And just as most parents always want the best for their children, St. John would like to see the KBO capitalize on its newfound fame. 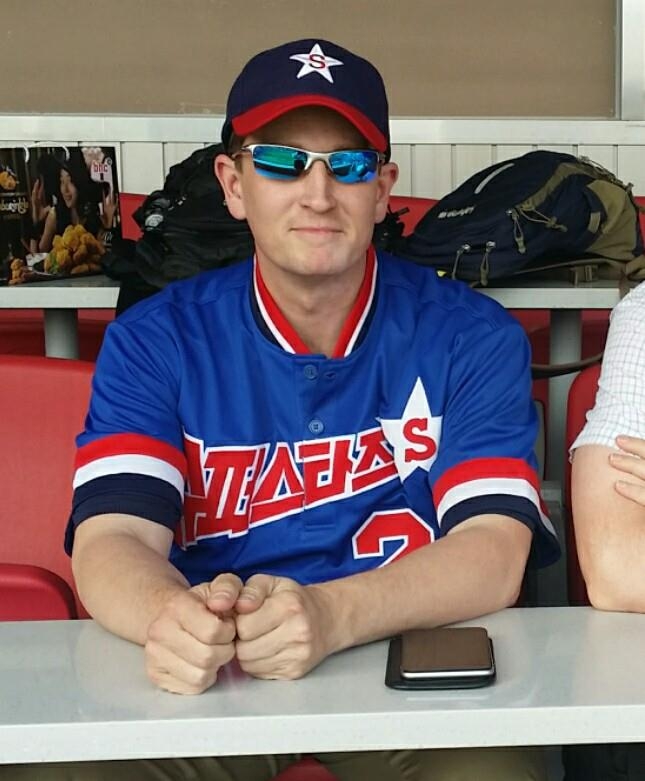 "I took a look at KBO's English page. I am happy that it is there, but I am not totally impressed with it," he said. "It just seems very limited. I think it can be so much more, without a lot of work."

He opined that the KBO so far has been "too concerned about getting their money right now" and has not adequately considered long-term potential of its brand. St. John said developing an international fan base through ESPN broadcasts is crucial because, if these new fans stay loyal to the KBO, they will eventually start spending money on team merchandise.

St. John also noted that foreign fans tend to be more apt than South Korean fans to buy hats or jerseys as a way of associating themselves with their favorite teams or players.

"In Korea, (purchasing team gear) is still kind of a new idea. I don't think there's a lot of thought that goes into (marketing merchandise)," he said. "I've been studying and researching (KBO's) potential, and it has absolutely great potential. Korean fans will love it and I can absolutely promise that foreign fans will, too. It has to be done the right way. Foreign fans typically have more experience in buying merchandise. If it's not up to their quality, it's going to die quick."

St. John has a unique perspective on the workings of the KBO, having covered the league for over a decade while also getting involved in the league's operations.

When he first came to South Korea in 1992, St. John's idea was to stay in Asia for about a year before "going back to reality in America." But baseball, the only connection to America that he found in South Korea, has kept him here for nearly three decades.

The story of how St. John began writing KBO articles for an English-language newspaper in 1993 offers a fascinating glimpse into how different times were back then.

Unable to find any KBO team hat as a souvenir for himself in stores, St. John contacted every team in the league -- via handwritten letters, sealed in an envelope with the postage stamp, of course -- to inquire about merchandise. A marketing manager for one team, LG Twins, went beyond merely responding to St. John. The team official invited St. John to a game and then a dinner afterward with some players. Later, St. John was even allowed to go on the field with his camera, drawing envious looks from other fans who also brought cameras to stadiums.

St. John was hooked. Then an idea popped up in his head: "Why don't I contact English-language newspapers in Korea? I wanted to share this with other (foreigners) who are here."

One paper brought him on board, and in 1993, St. John became a properly credentialed journalist, not just someone who used his front office connection for access to the field. He later had a column under the moniker "Mr. Yagu" -- "yagu" meaning baseball in Korean -- and his business card at the time said, in both English and Korea, "Give me baseball or give me death."

"Baseball was kind of my life at the time," he said. "I was there six games a week. It mushroomed from there. That was my escape from this country where so little was familiar to me except for baseball." 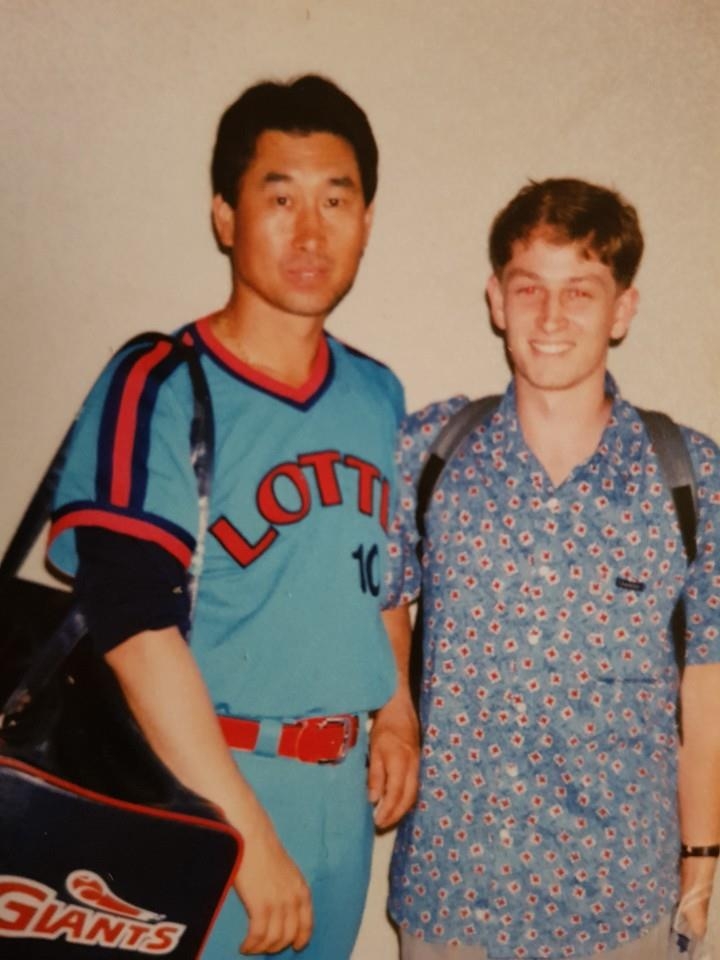 St. John's Korean skills were still lacking in the early days, which made him "an oddity because I couldn't really speak to anybody but I was always there." He said it took about a year before he became comfortable enough to carry conversations in Korean.

"I quickly realized that the access that I had was something that the majority of Koreans couldn't have but they'd sell their soul to have," St. John said. "I realized I needed to up my Korean game a lot. I started learning the terminology. I learned how to read (the Korean alphabet) by reading the names on the back of the players' uniforms."

When the KBO first opened its doors to foreign players in 1998, St. John volunteered to help those players adjust to the new country and the new league. He traveled to the foreign players' tryout camp in Florida to give presentations to imports and also answer whatever questions they had.

St. John realized he had so much work to do, when one player asked if he was going to play in North Korea or South Korea.

And during ensuing seasons, there were moments when St. John acted as, in his own words, "a mediator" between foreign players and umpires, trying to help defuse any tension that had arisen over miscommunication.

St. John was also involved in the operations side of the KBO as a special advisor of the commissioner, and even had his hands in publishing the first English-language KBO media guide for several seasons.

Those days are behind him now. For the past half-dozen years, St. John has been teaching a "Korean Pro Baseball History" course as part of the Global Culture Seminar at Sungkyunkwan University in Seoul.

In pre-pandemic times, St. John has taken his students to KBO games. He believes there's much to learn about South Korean people by observing them at baseball stadiums.

"I think that the real Koreans can be found at a baseball stadium," he said. "The people you see walking down the street, the ones taking the subway to work, they have to follow certain rules. In a baseball stadium, everybody just lets loose. I think I found who Korean people really are by watching them at baseball stadiums." 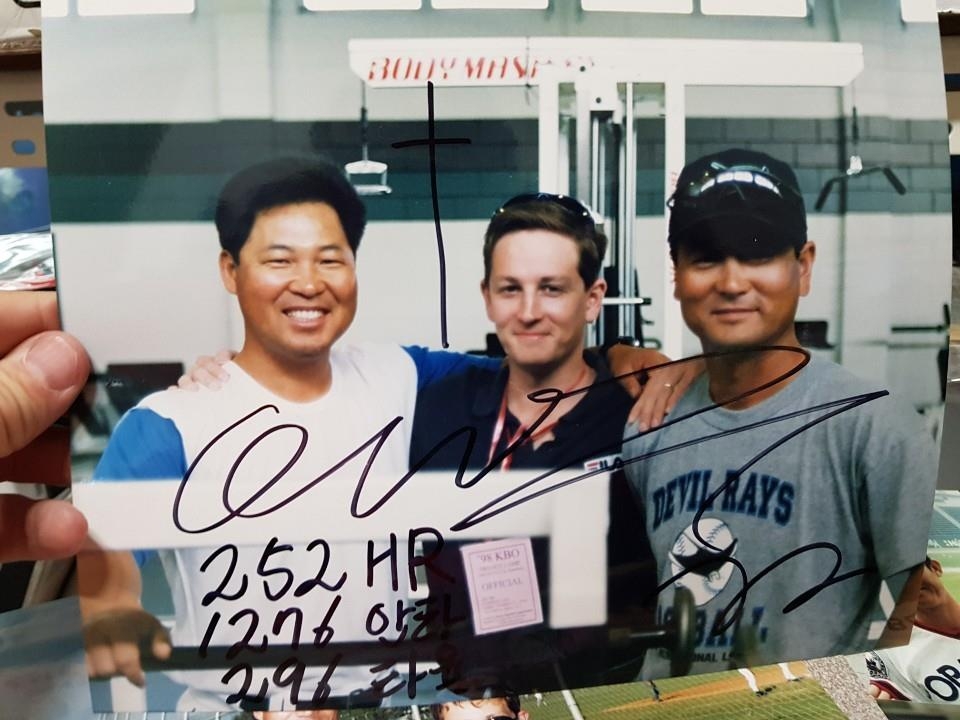