Kang made the remark during a web seminar hosted by the Embassy of Sweden in Seoul and the International Institute for Democracy and Electoral Assistance, noting that promptly sharing what the government knows about the virus situation was key to earning public trust in combating COVID-19.

"I think the concern over the privacy of the patient is rather overblown. Because, what is shared through the alerts is only the location and time of the places along the trajectory of a patient, without indicating his or her name, occupation or address," she said.

South Korea sends alerts to smartphones about positive cases under a law that stipulates the public's right to know about health risks that could affect them.

"Public trust in the government translated into civic participation and cooperation in the stringent social distancing measures and other guidances advised by the government," she said. That trust led to the highest voter turnout in nearly three decades during the general elections held in April in the midst of the pandemic, she added.

South Korea reported 38 new cases of the virus on Tuesday, raising the total caseload to 11,852. The curve has recently turned upwards again due to cluster infections reported in the Seoul metropolitan area. 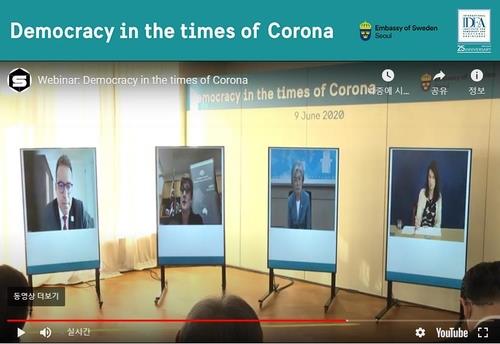