Tomas Ojea Quintana urged the United Nations to reconsider sanctions imposed on the country, citing reports of an increase in the number of homeless people and a surge in medicine prices in the North. He also called on Pyongyang to allow humanitarian groups' activities.

"Lack of food had a devastating impact in the DPRK in the 1990s, and prospects of a further deepening of food shortages and widespread food insecurity are alarming," he said in a statement. DPRK stands for the North's official name, the Democratic People's Republic of Korea.

North Korea's decision to shut down its border with China in January to prevent the COVID-19 from getting into the country has devastated cross-border trade and sapped income from merchants, Quintana said.

A Seoul official earlier said the North is presumed to be facing a shortage of around 860,000 tons of grain this year.

"The crisis highlights the economic hardships facing North Koreans, and the detrimental impact of sanctions on the fulfillment of basic economic and social rights," Quintana said.

The U.N. expert also urged the North to release inmates in vulnerable health conditions to prevent the spread of the virus.

Quintana took up the post as the special rapporteur on North Korea in 2016, but the North has not approved his multiple requests to visit the country. 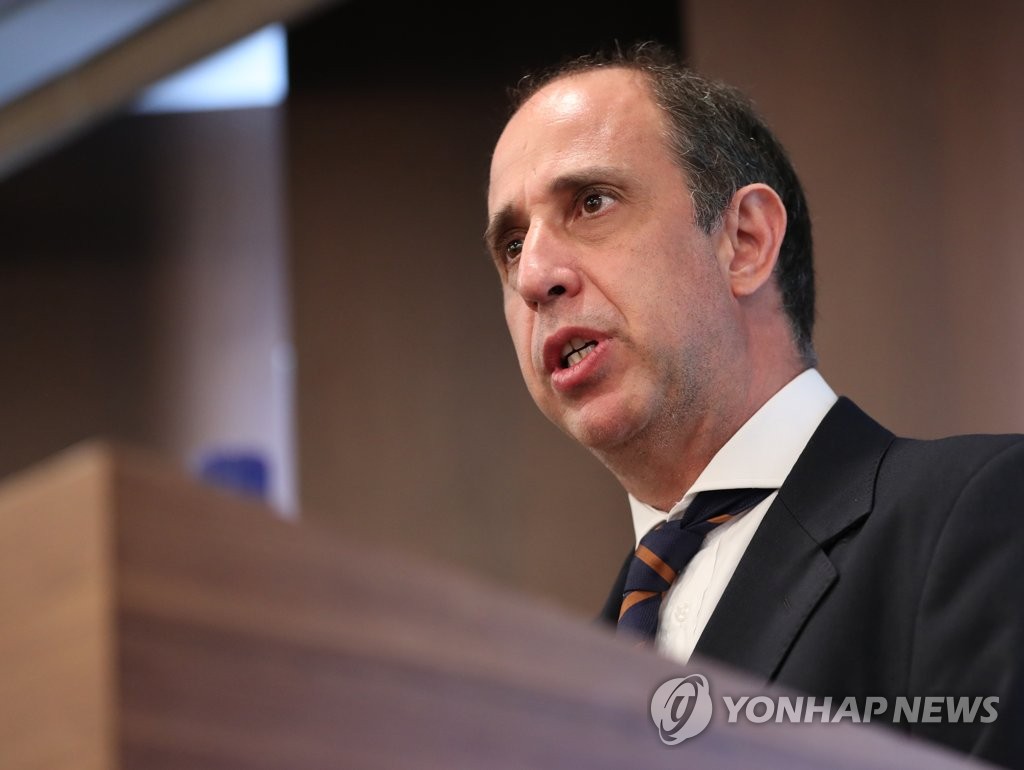