The Hanwha Eagles suffered their 15th consecutive loss in the Korea Baseball Organization (KBO) on Tuesday, falling to the Lotte Giants 9-3 at Sajik Stadium in Busan, 450 kilometers southeast of Seoul.

The defeat set a franchise record for the longest losing skid. The Eagles are now three losses from tying the KBO's all-time record, set by the defunct Sammi Superstars in 1985. 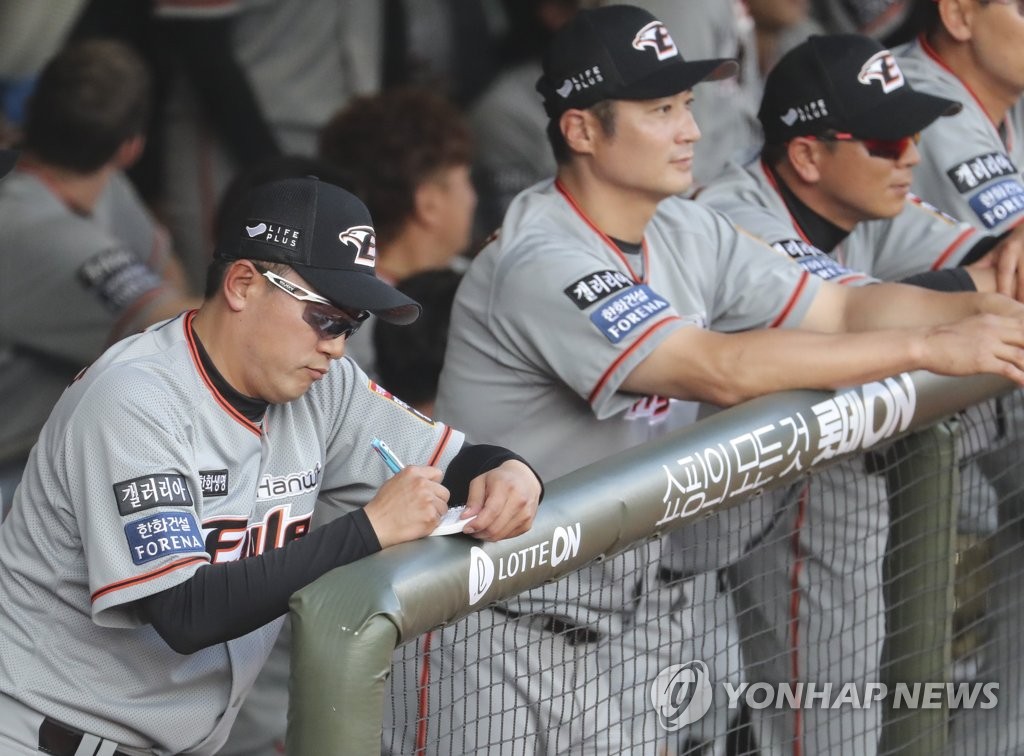 Han Yong-duk resigned as the Eagles' manager after Sunday's loss, and on Monday, the regular off-day in the KBO, the Eagles promoted their minor league skipper Choi Won-ho to be their interim manager.

Choi reshuffled his coaching staff, while demoting 10 veterans to the minors and cutting two more players in a bid to give the clubhouse a shot in the arm.

Behind starter Warwick Saupold and some strong defensive players, the Eagles kept it a scoreless game through three innings.

But the Giants broke out for four runs on five straight hits to open the bottom of the fourth, highlighted by Kim Jun-tae's two-run triple.

The home team then put the game further out of each with another run in the bottom sixth, thanks to Jeon Jun-woo's RBI double.

The Eagles got threes runs back in the top seventh, with a solo home run by Jared Hoying and a two-run, pinch-hit single by Jung Eun-won that chased starter Adrian Sampson from the game.

But the Eagles could muster no more offense on this night. The Giants picked up another run in the bottom eight, as Son Ah-seop delivered a one-out, RBI double for a 9-3 lead.

Sampson earned his first KBO victory after limiting the Eagles to three runs in 6 2/3 innings.

Saupold, the Eagles' most reliable starter this season, picked the worst time to pitch his worst outing of the season. He surrendered seven earned runs on 13 hits, both season highs, in five innings to fall to 2-4 for the season. His ERA went up from 3.07 to 4.11