DAEGU, June 9 (Yonhap) -- Oh Seung-hwan, the all-time saves leader in South Korean baseball, made his long-awaited return to home soil on Tuesday with one inning of relief work.

Oh pitched a scoreless eighth inning for the Samsung Lions in their 5-3 loss to the Kiwoom Heroes at Daegu Samsung Lions Park in Daegu, 300 kilometers southeast of Seoul. It was Oh's first Korea Baseball Organization (KBO) appearance since Oct. 2, 2013, a span of 2,442 days.

The 37-year-old right-hander pitched for the Lions from 2005 to 2013, before spending the next two years with the Hanshin Tigers in Japan and then parts of four seasons in the majors with the Colorado Rockies, the Toronto Blue Jays and the St. Louis Cardinals. This was also Oh's first game at Daegu Samsung Lions Park, which opened in 2016. 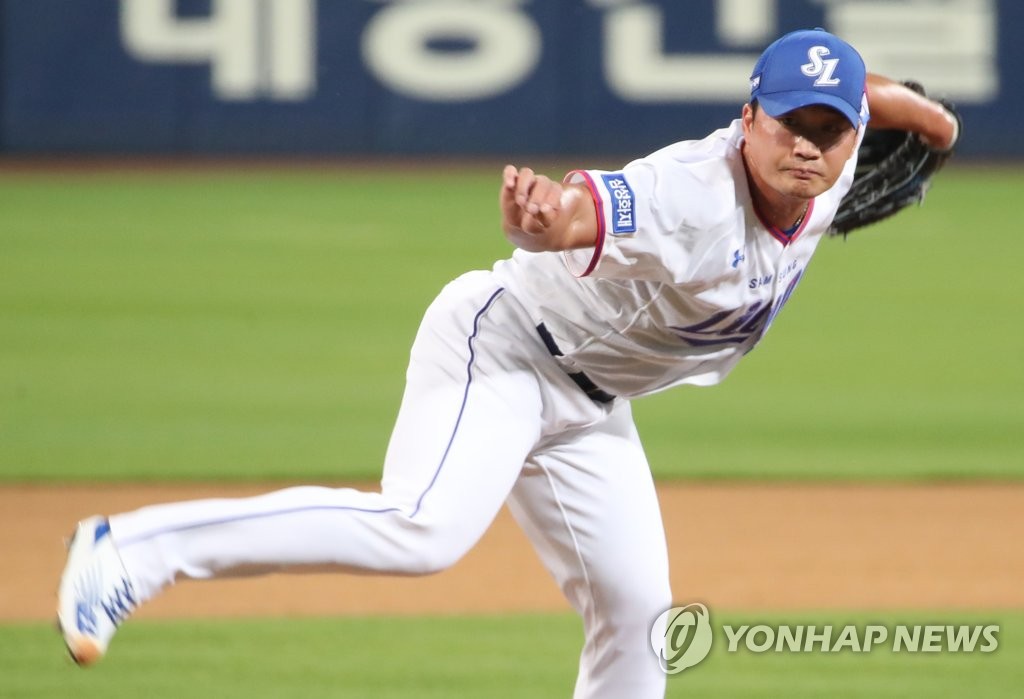 Not counting spring training games with the Lions, Oh's last competitive game anywhere came with the Rockies on May 30 last year. Oh went on the 10-day injured list on June 10 with a left abdominal strain and then was ruled out for the season on July 16 with a right elbow injury.

Oh returned to South Korea in August to undergo an operation. He spent a big chunk of his 72-game ban, issued in 2016 following his overseas gambling conviction, rehabbing the elbow.

Oh was activated for Tuesday's game. His manager Huh Sam-young had earlier said he would ease Oh back into action and would try to use him with a comfortbale lead. But with the Lions trailing 4-3 in the eighth, Huh summoned the veteran pitcher trying to keep it a one-run deficit.

Park Jun-tae, the Heroes' No. 7 hitter, greeted Oh by jumping on a first-pitch fastball for a double to right field. Park moved to third on a sacrifice bunt.

The Heroes failed to cash in against Oh, though. Kim Kyu-min grounded out to first, not enough to bring Park home from third. Oh walked Seo Geon-chang to put runners at the corners for the dangerous Kim Ha-seong, who swung on the first pitch and popped out to catcher.

Oh threw 10 pitches, eight of them his signature heavy fastballs, with one two-seamer and one slider. He touched 148 kilometers per hour (91.9 miles per hour).

Oh said afterward that hearing his entrance song, a hard rock track "Lazenca, Save Us" by the South Korean band N.EX.T, took him back in time, but he regrouped quickly to try to keep the Lions in the game.

"I gave up that double right off the bat, but I was lucky not to give up any run," Oh said. "I've always said I would throw a fastball for my first pitch back in Korea."

That ringing double by Park was a wakeup call for Oh.

"There are just too many hitters here that I don't know about," Oh said. "They bring so much power and contact ability. I have to try hard."

Oh did his job, but left-handed reliever No Sung-ho gave up a run in the top ninth to give the Heroes some breathing room at 5-3.

The Lions tried to rally against Kiwoom closer Cho Sang-woo. But Lee Sung-gyu's leadoff single was erased in a 4-6-3 double play. Kim Ji-chan drew a two-out walk and Koo Ja-wook followed up with a single to have runners at the corners for Tyler Saladino, who struck out swinging on four pitches.

Oh, who compiled 277 saves during his first KBO stint, is expected to take over as closer soon. 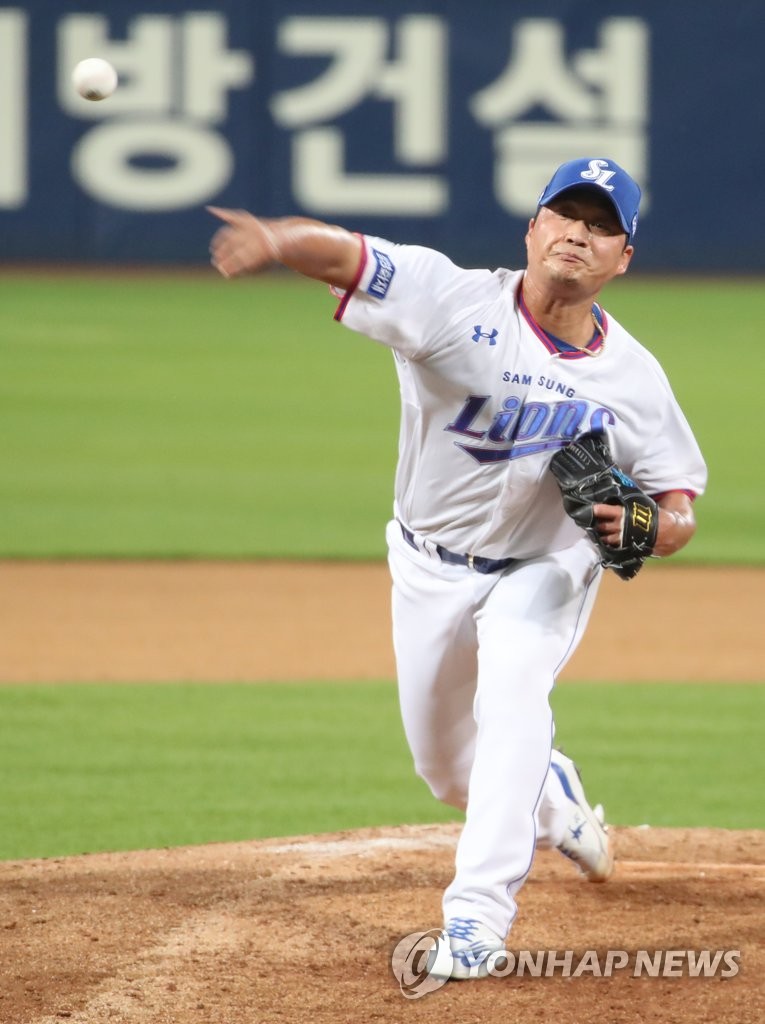