WASHINGTON, June 9 (Yonhap) -- Construction on a new hospital in Pyongyang has made rapid progress in the past month, a U.S. monitor said Tuesday, citing new commercial satellite imagery.

He ordered that the hospital be completed by Oct. 10, the 75th founding anniversary of the ruling Workers' Party.

"One of the largest projects underway is the construction of a general hospital on the bank of the Taedong River, which has made rapid progress over the past month," 38 North, a U.S. website specializing in North Korea analysis, said.

"Imagery from June 8 indicates that Tower 2, the southern tower, has reached its top floor, which shows a flared architectural design," it continued. "Several floors have been added to Tower 1, the northern tower, since April, with only one or two floors remaining before it reaches its final height."

The monitor added that a center structure for the helipad is nearing completion, and that the front entrance of the main building is "progressing quickly," revealing some of the creative architectural design.

"The hospital project was launched by Kim Jong-un and is positioned as a gift to the North Korean people from the Workers' Party on its 75th anniversary," it said.

Other construction projects under way include a new building in the central government district, a likely tower at the East Pyongyang Shopping Mall, and possibly resumed work on a seven-star hotel called the Yonggwang Hotel, according to the monitor.

Work also continues on renovating the viewing gallery area of Kim Il-sung Square, suggesting there may be a major military parade on the anniversary of the Workers' Party, it said. 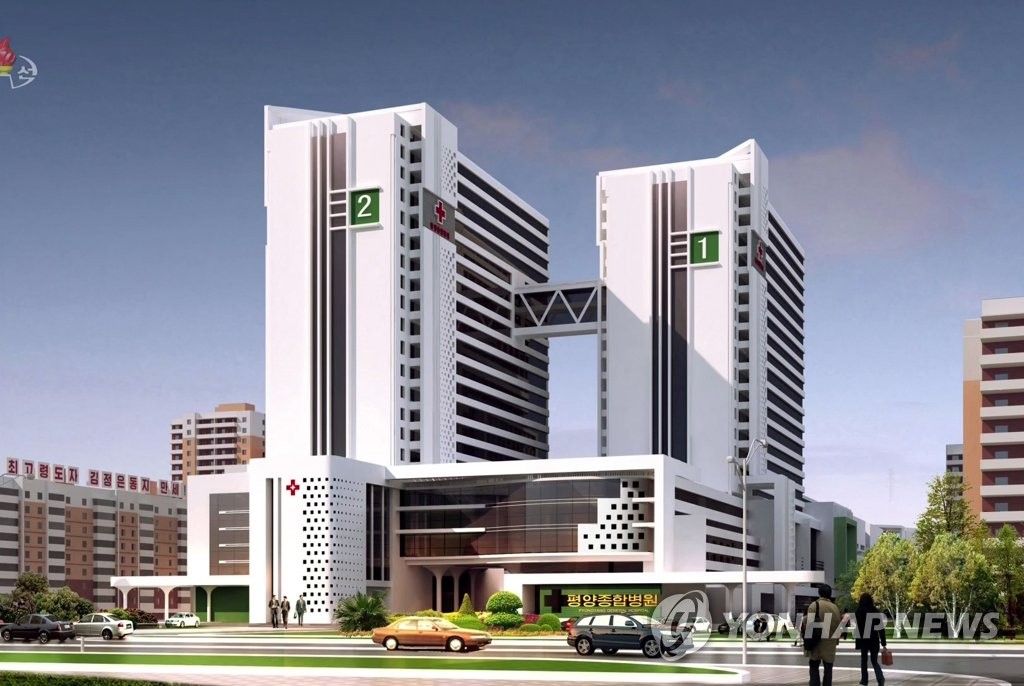