Sampson scattered nine hits and allowed three earned runs in 6 2/3 innings against the Hanwha Eagles, helping the Giants to a 9-3 victory at Sajik Stadium in Busan, 450 kilometers southeast of Seoul.

It was Sampson's third start in the Korea Baseball Organization (KBO), coming about a month after his father, David, succumbed to cancer.

Behind Sampson's solid start, the Giants won their fourth straight and handed the Eagles their 15th straight loss. But those numbers weren't really on Sampson's mind, as he kept thoughts of his late father close to his heart. 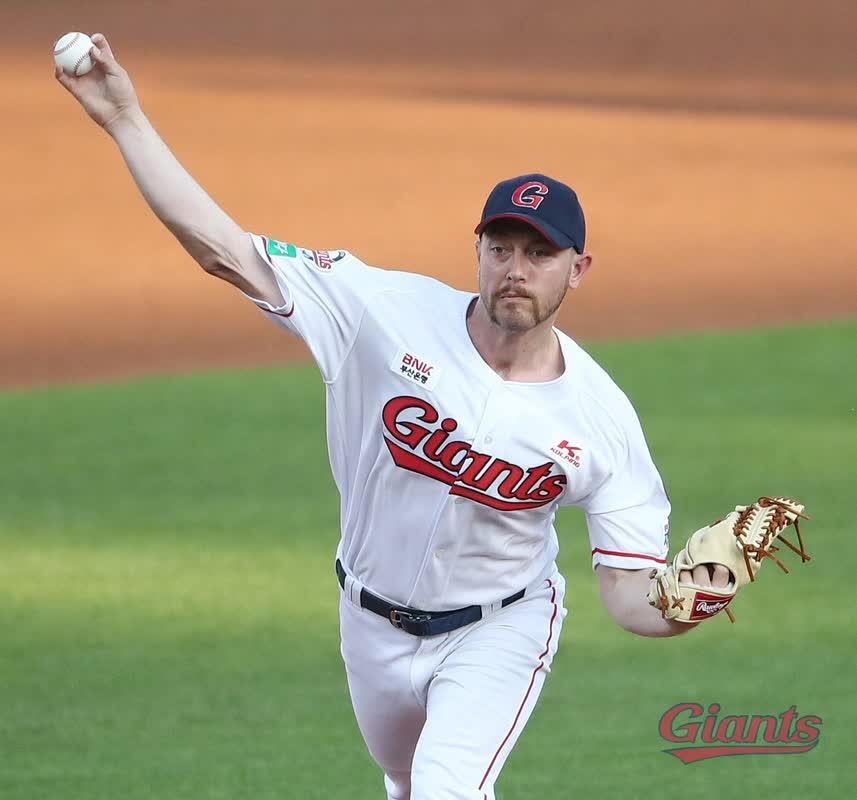 This has been a trying first season in the KBO for Sampson. With his father battling cancer, the Giants sent Sampson home on April 28, a week before Opening Day, to spend time with his family. David passed away on May 3, and Sampson was back in South Korea four days later. As per the South Korean government's requirement for international arrivals during the coronavirus pandemic, Sampson had to be quarantined for 14 days before he could return to the mound.

The Giants carefully monitored his workload in early outings. He took the loss in his KBO debut on May 28 after giving up two runs in 3 1/3 innings against the Samsung Lions. He made 59 pitches.

After five days' rest, Sampson threw 84 pitches over 4 1/3 innings against the Kia Tigers, and was charged with another loss after allowing six runs.

Then came the third start Tuesday. Sampson was putting together his scouting reports a few days before facing the Eagles. But then the Eagles, after suffering their 14th consecutive loss Sunday, demoted six position players to the minors. Their starting lineup Tuesday included two rookies and three little-used players who've spent a bulk of their careers in the minor league. 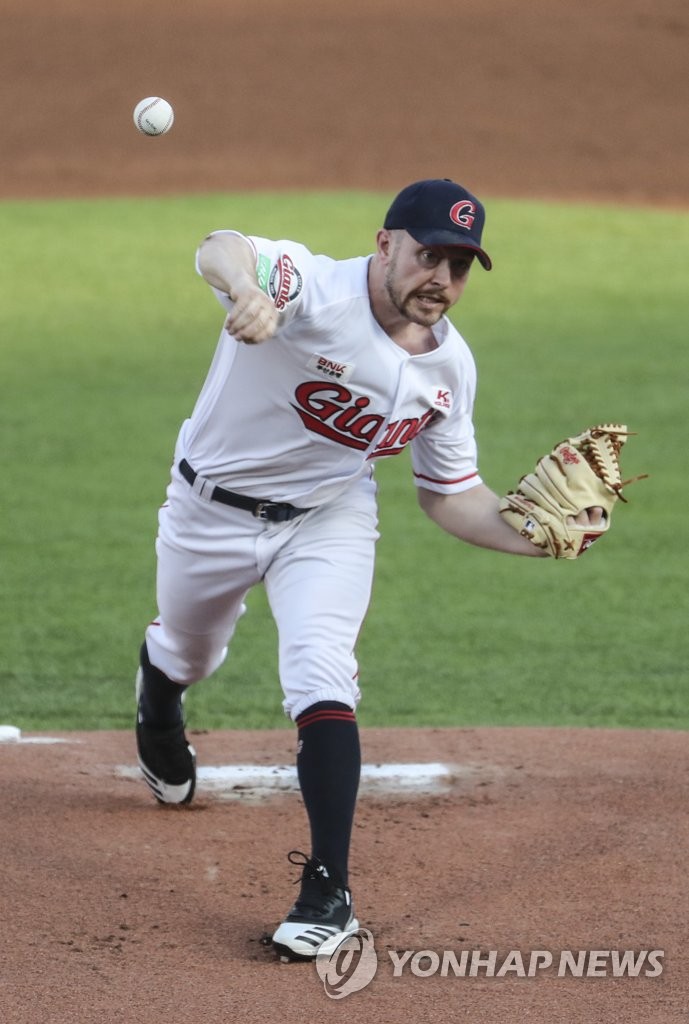 "I had to scrap the whole thing," Sampson said of his prep work. "At the end of the day, I went to my strength and relied on that. I was able to locate all my pitches and get them off balance right away."

Sampson cruised along through six scoreless innings. The string of zeroes ended in the seventh, as Jared Hoying led off with a solo home run. Sampson got two outs, but the Eagles battled back with a single and a walk. Jung Eun-won then came off the bench for a two-run single and knocked Sampson out of the game.

"I am built up to seven innings now, and I got to almost 100 (pitches)," he said. "We had a very comfortable lead. Three runs at the end of the day doesn't really hurt, but every inning, I am trying to get a zero."

When he got through five innings on just 51 pitches, Sampson admitted the thought of throwing a complete game entered his mind. It would have been a neat celebration of the one year anniversary of his first and only major league complete game.

Sampson was pitching for the Texas Rangers on June 8, 2019, when he held the Oakland Athletics to a run on four hits in nine innings for a 3-1 victory at Globe Life Park in Arlington, Texas.

Those two outings came in vastly different circumstances. Sampson's start came in the second game of a double header, and with the Rangers retiring All-Star Adrian Beltre's No. 29 that day, there were nearly 40,000 people in the stands.

On Tuesday, there were no fans at Sajik to celebrate Sampson's first win, with KBO games being played behind closed doors during the coronavirus pandemic.

Sampson said throwing a complete game in the big league "is hard to beat," but also added, "Right now, I am very happy to be in this situation."

The Giants won the first five games of the season but have gone 10-15 since. They're hovering around the .500 mark in winning percentage, but with the current four-game winning streak, things are looking up again.

"Every day, people show up, and they're ready to win," he said. "The mentality of winning is hard to get back when you've lost a couple in a row. We come in and expect to win every game now. As long as people have that mentality, you just have to roll with it, and right now, we're playing very good baseball." 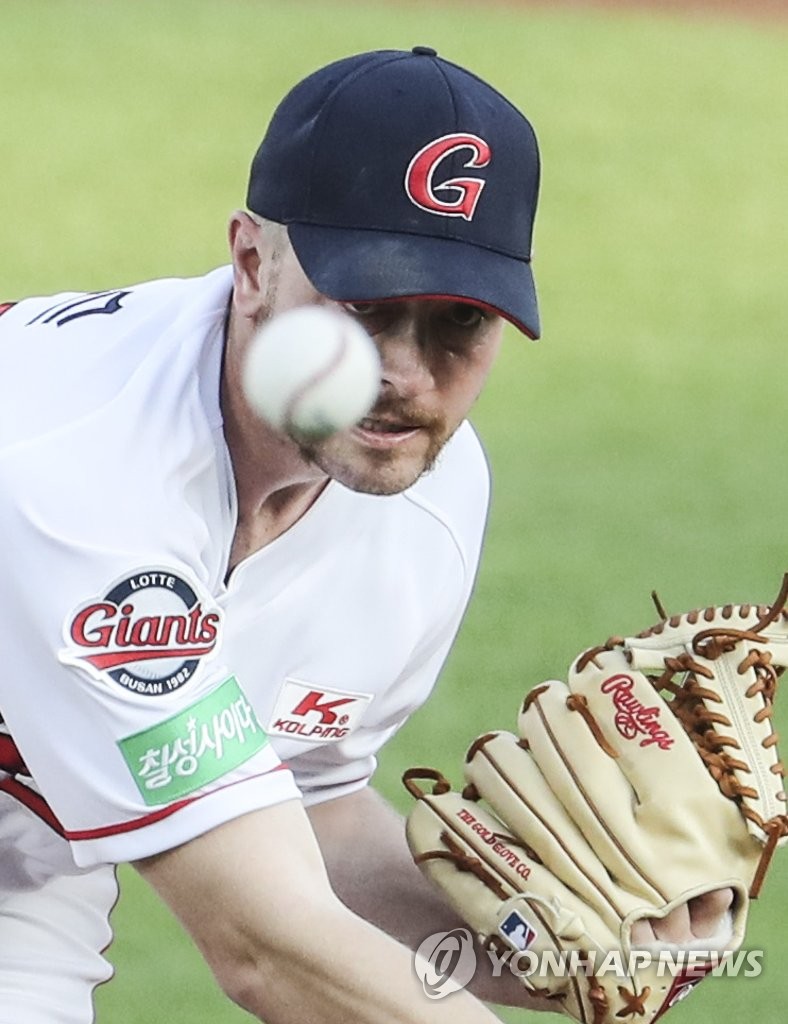