DAEGU, June 10 (Yonhap) -- Go down the list of slugging percentage leaders in South Korean baseball this season, and a surprising name will stick out in the No. 6 spot.

Positioned among some burly power hitters is Lee Jung-hoo of the Kiwoom Heroes, who has never hit more than six home runs or slugged better than .477 in any of his three previous seasons.

After 31 games in the 2020 Korea Baseball Organization (KBO) season, Lee already has five home runs and is slugging at a .618 clip. He has a higher slugging percentage than some traditional power hitters, such as Jamie Romak of the SK Wyverns and Yang Eui-ji of the NC Dinos, who led the KBO in slugging in 2019. 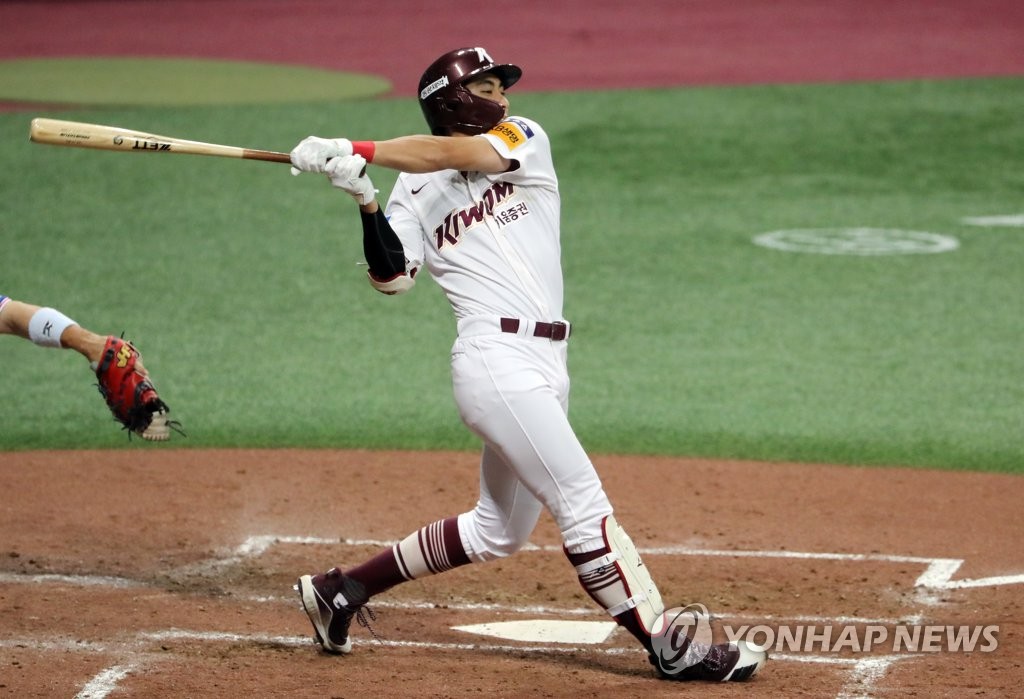 One of the oldest coaching adages in baseball is that you can't teach power. Lee is proving that power can indeed be taught, with a blend of data and proper training.

"I talk to our analysts often, and they told my bat speed has gone up," Lee told reporters at Daegu Samsung Lions Park in Daegu, 300 kilometers southeast of Seoul, before facing the Samsung Lions. "The exit velocity on my line drives has increased from 145 kph last year to 155 kph this year. I've always wanted to hit the ball hard, and I've been able to do just that this year because I listened to our data department and coaches, and adjusted my training accordingly."

Lee also has great baseball DNA as the son of the KBO legend Lee Jong-beom, who flirted with the elusive .400 batting average in 1994 (.393) and is one of the most talented players in league history.

But genes can only take you so far. There are progenies of other former KBO stars who never amounted to much. You still have to put in the work. 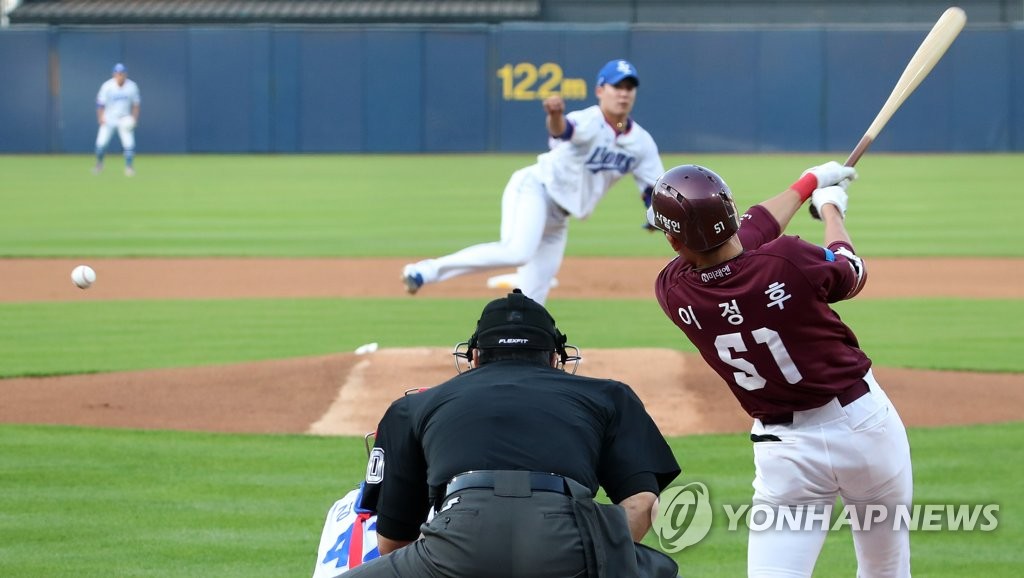 And work, Lee has. He said his main focus during spring training this year was on trying to hit the ball out in front and on adding more muscle. Lee has been listed as 185 centimeters and 78 kilograms the past two years in the official league guide, though his upper body looks considerably bigger this year and Lee himself has said he weighs about 85 kilograms now.

Additional bulk has allowed Lee to drive the ball with more authority. Lee, who bats left-handed, has evolved from a spray hitter -- someone who could send the ball in any direction -- to a pull hitter.

So far this year, 25 of his 46 hits went to the right side of the field, with 13 up the middle and only eight to left field.

This is all by design, with Lee acting on suggestions from the data analysis department that he'd have a better chance of getting hits by pulling the ball hard rather than by trying to get cute and poke the ball to the opposite field. 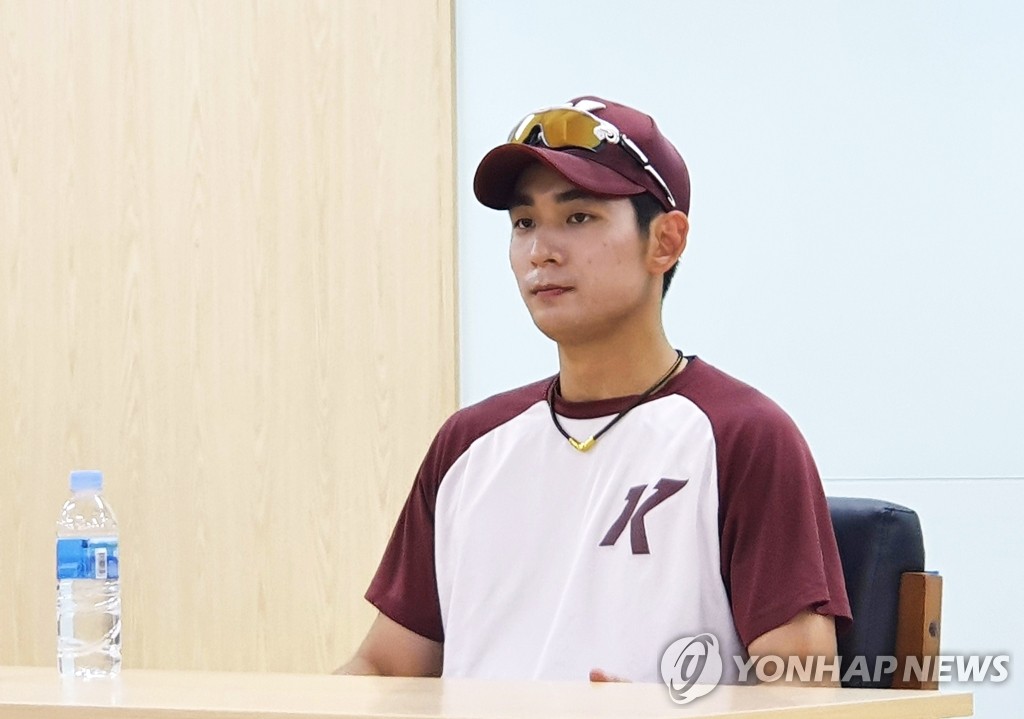