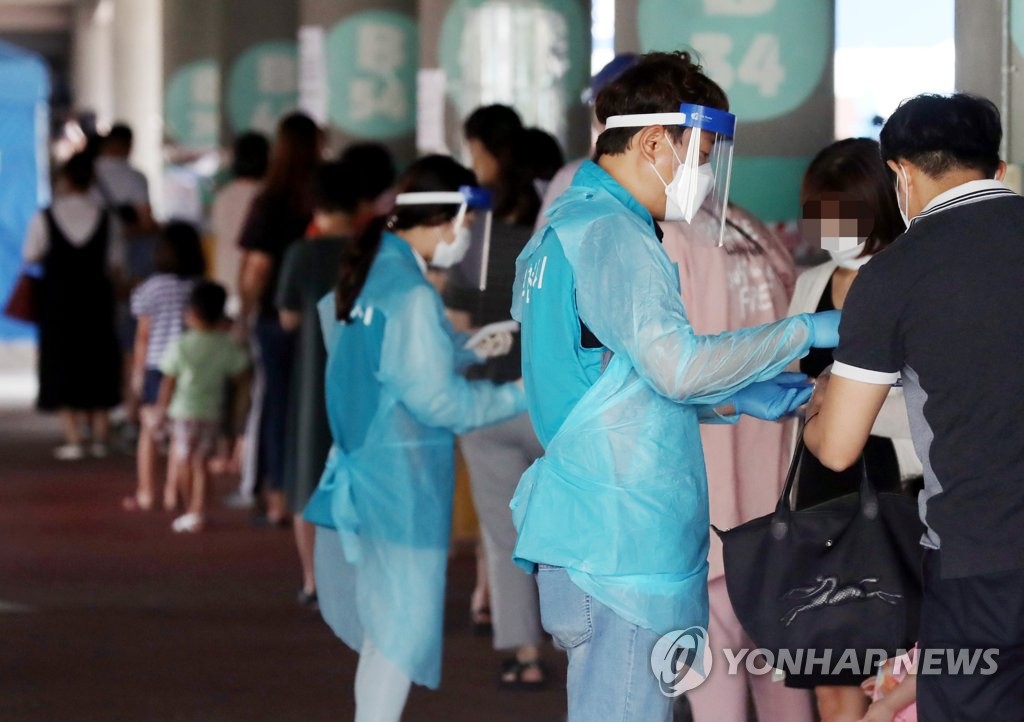 Cases traced to a warehouse run by e-commerce leader Coupang in Bucheon, just west of Seoul, reached 144 as of noon, up five from the previous day. Those linked to small churches in the metropolitan area reached 92, four more cases from a day earlier.

COVID-19 cases tied to a door-to-door business establishment rose by 25 to 93, and those linked to a table tennis gym in southwestern Seoul came in at 54, up three over the past 24 hours, according to the KCDC.

Health authorities voiced concerns over the continued increase in cluster infection-connected cases, in particular a sharp rise in cases related to the door-to-door retailer and sports facilities.

"At a time when group infections have spread out in the densely populated metropolitan area, if we fail to break the transmission chain, we cannot rule out the possibility of more mass infections," KCDC Director Jeong Eun-kyung told a briefing.

She urged those who show symptoms after visits to those facilities to receive virus tests in order to stem further spread of the virus.

The health agency called for extra caution for the seniors as infections with people aged 65 and older accounted for nearly 27 percent of the latest cases.

"As virus infections involving the elderly have mounted, the number of patients in critical condition is also on the rise," Jeong said. 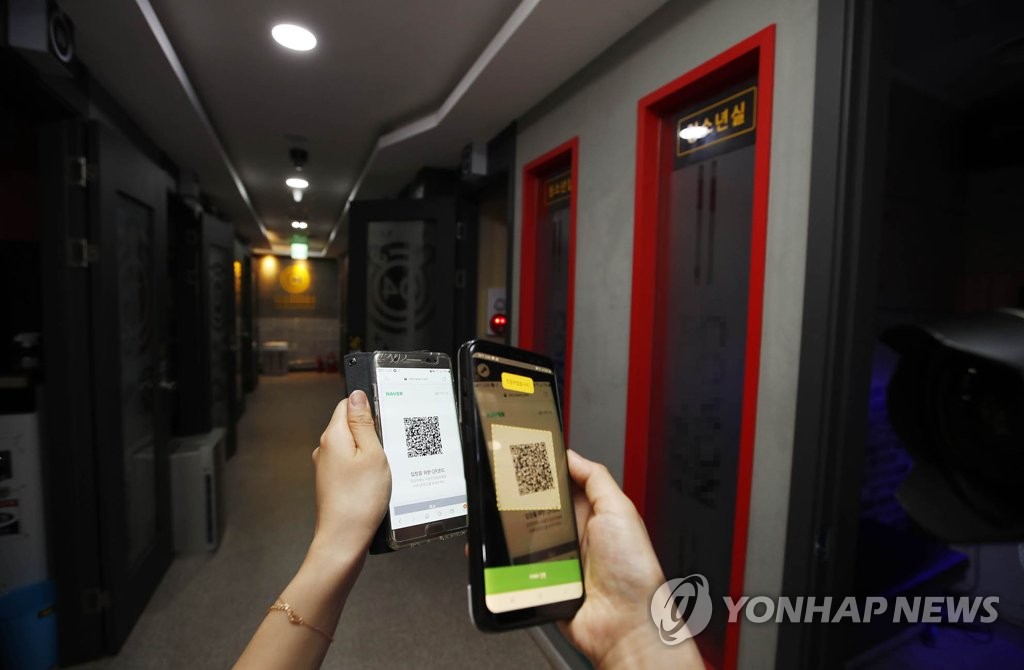 The education ministry said it has decided to adopt a QR code-based registration of students and visitors to cram schools in a bid to stem further community spread. 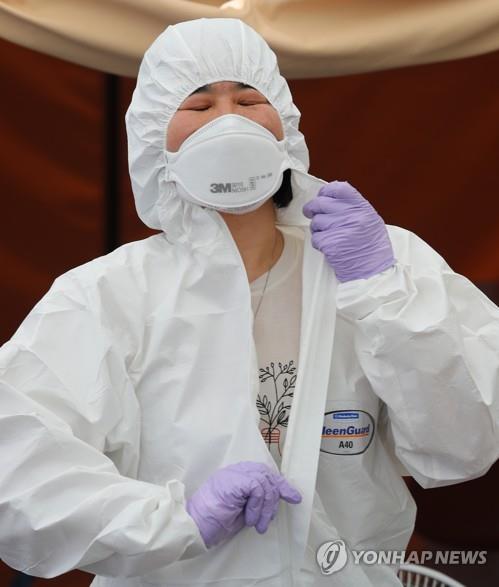