SEOUL, June 10 (Yonhap) -- North Korea's main newspaper on Wednesday lashed out at South Korea over anti-Pyongyang leaflets sent by defectors and other activists into the communist state, saying "the whole country is ablaze with fury."

On Tuesday, the North called the South an "enemy" and vowed to cut off all inter-Korean communication lines in anger over such leafleting, and it has since not answered routine daily phone calls from the South via liaison and military hotlines.

The Rodong Sinmun, the organ of the North's ruling party, said the country's major women's organization, Socialist Women's Union of Korea, held a mass rally blasting South Korea for turning a blind eye to such leafleting.

"Our mothers are disgusted by the South Korean authorities who overlook the rash behaviors of these scums, and are urging inter-Korean ties must be severed as they try to repress their rage," the paper said.

"The voices of the new generation wearing revolutionary suits have resonated in our hearts at a time when the whole country is ablaze with fury since they heard the statement issued on June 4," the paper said in another report.

It was referring to the statement that Kim Yo-jong, sister of North Korean leader Kim Jong-un, issued last Thursday denouncing the flying-in of such propaganda leaflets as a hostile act that runs counter to peace agreements the two sides signed during summit talks of their leaders in 2018.

Unless South Korea takes action against such leaflets, Kim warned the North will abolish an inter-Korean liaison office, scrap a military tension-reduction deal signed in 2018 and dismantle a now-shuttered industrial park in the North's border city of Kaesong.

Since the statement, North Korean state media outlets have reported on large-scale demonstrations denouncing the leafleting. 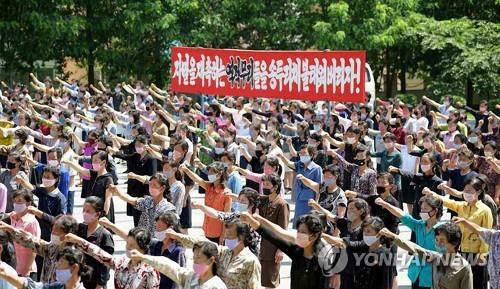 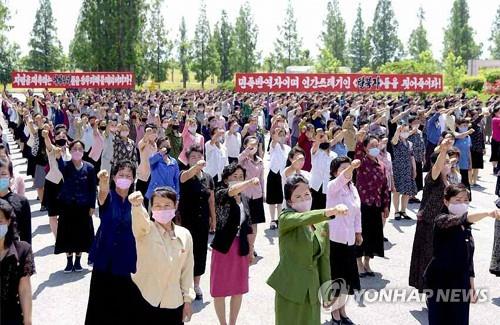