SEOUL, June 10 (Yonhap) -- One out of 5 male members of the new National Assembly were exempted from mandatory military service, government data showed Wednesday.

Of the 242 newly elected male lawmakers, 47 people, or 19.4 percent, gained exemption for such reasons as imprisonment and illness, according to the data compiled and released by the Military Manpower Administration (MMA).

Rep. Thae Yong-ho of the main opposition United Future Party was excluded as he defected from North Korea, it added.

All able-bodied South Korean men are required to serve about two years in the military, but women do not have such duty. The 300-member parliament, which kicked off its new four-year term on May 30, has 57 female lawmakers.

The exemption rate among the lawmakers is lower than the country's average of 21.4 percent, according to the MMA.

Of 266 sons of the lawmakers, 92.5 percent either completed or currently serve their compulsory duty, according to the agency.

Draft dodging is a sensitive issue in South Korea, which can affect the fate of government officials, celebrities and other public figures. The government has disclosed lawmakers' military service information since 1999. 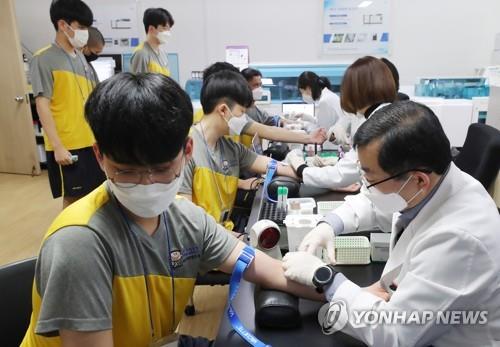