SEOUL, June 10 (Yonhap) -- President Moon Jae-in visited a highly symbolic site in South Korea's democratization Wednesday, the anniversary of a historic uprising in 1987 against the authoritarian rule of Chun Doo-hwan.

He attended the national ceremony to commemorate the June 10 Democratic Protest, which led to a constitutional revision to empower the people to elect the country's president on their own.

The event was held at the Democracy and Human Rights Memorial Hall, located in the central Seoul area of Yongsan, where many pro-democracy activists accused of having ties with North Korea, largely college students, were brought for harsh police interrogations in the 1970s and 1980s.

On Jan. 14, 1987, Park Jong-chul, a Seoul National University undergraduate, was tortured to death in the once notorious building in Namyeong-dong. A belated revelation that interrogators had shoved his head several times into a tub of water added to public fury against the Chun regime and sparked a nationwide protest known as the June Struggle.

"On the day of the June 10 Democratic Protest, we made a democracy together," Moon said in a televised speech. He said South Korea's democracy features "sharing and co-prosperity," as well as "solidarity and cooperation." 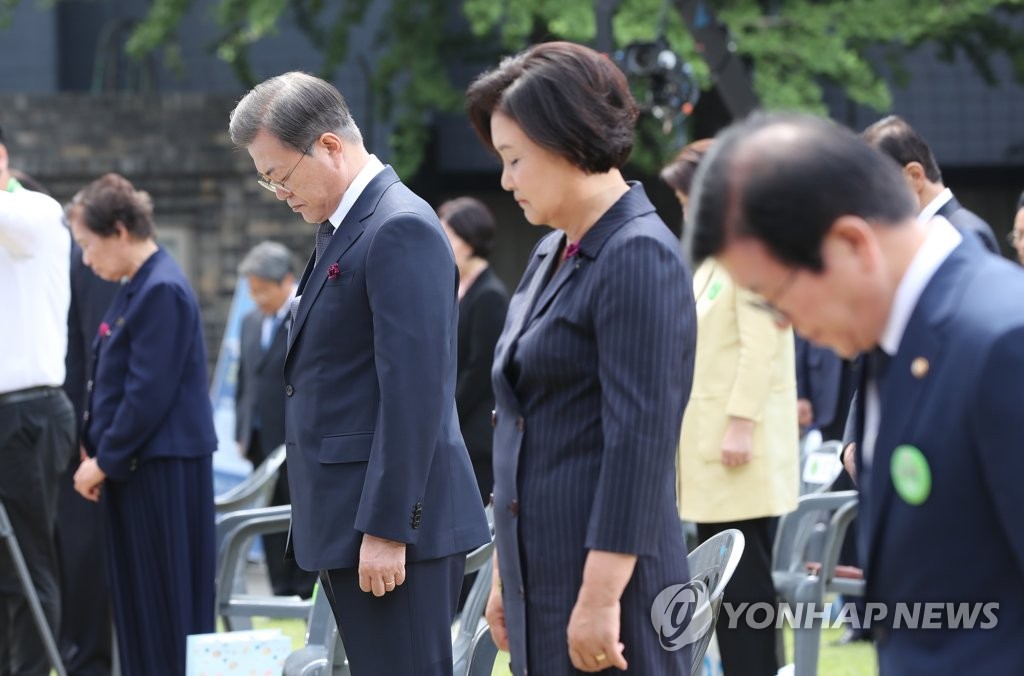 "The democracy we created made the Republic of Korea a model country for quarantine against COVID-19," he added, using the nation's official name.

The president, a former human rights lawyer, said South Korea still has a way to go for a better democracy, however.

"Now, we have to move toward a bigger and more various democracy," he stressed. "We can't stop along the way toward democracy, as it's ceaselessly developing."

Regarding Moon's message, a Cheong Wa Dae official said he was presenting a fresh undertaking for the nation's democracy, which has achieved remarkable progress "politically."

The president was pointing out the need to promote democratic values and principles in the economic system and daily lives, he said.

In 2018, Moon made public the government's plan to turn the seven-story structure, built in Namgyeong-dong in 1976, into a seven-story human rights museum-cum-memorial.