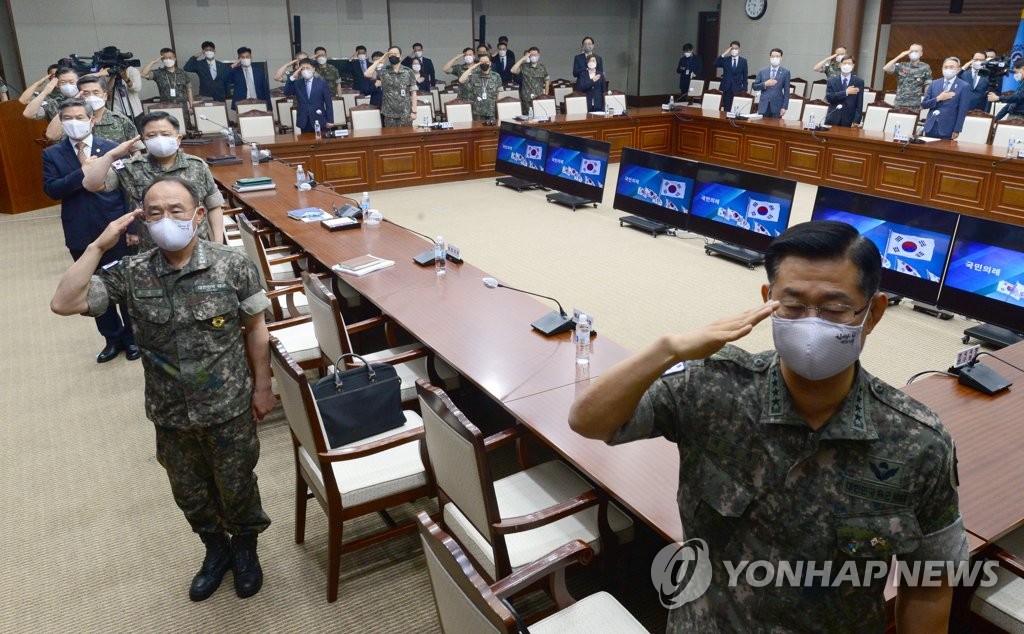 South Korea and the United States are maintaining a robust combined defense posture, Jeong added, disclosing that they carried out joint air and missile defense exercises as scheduled in the first half of the year.

In April, the two sides also came up with a joint draft document stipulating what their combined defense system would look like after the envisioned transfer of the wartime operational control of South Korean forces from Washington to Seoul, according to Jeong.

The defense chief also ordered the military to more strictly control people's access to areas near the border with North Korea.

Officials said the minister called for strengthened measures to stop unauthorized people from entering the civilian access control areas in order to curb the defectors' activities.

For years, North Korean defectors in the South and conservative activists have flown the leaflets to the North via balloons to help encourage North Koreans to eventually rise up against the Pyongyang regime.

North Korea has bristled at the propaganda campaign amid concern that an influx of outside information could pose a threat to its leader Kim Jong-un.

North Korea has repeatedly called for an end to the leafleting campaign. The issue has long been a source of tension between the two Koreas, which are still technically at war because the 1950-53 Korean War ended in a truce, not a peace treaty.

In 2015, a Seoul court ruled that South Korean authorities can intervene and stop the leafleting campaign if there is a clear threat to the safety of South Koreans.

Also Wednesday, the unification ministry, which handles inter-Korean affairs, said it will file a complaint with police against two North Korean defector groups for sending anti-Pyongyang leaflets across the border.